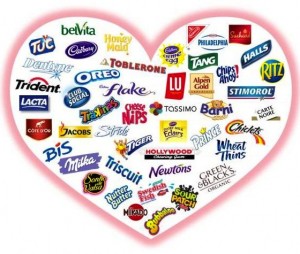 DEERFIELD, IL: Mondelez has begun a review of its global media buying and planning business in an effort to consolidate its roster, the company said Wednesday night.

“This next phase of our media buying transformation will further simplify our agency infrastructure, leverage our scale and build our capabilities, especially in the areas of e-commerce and content monetization,” said Bonin Bough, chief media and e-commerce cfficer at Mondelez, in a statement. “Having two core media buying agencies globally also offers us a significant opportunity to drive efficiencies that we can re-invest to fuel our growth.”

The agencies competing to share for Mondelez’s gloabl business are the company’s two incumbent global media agency networks, Dentsu Aegis Media and Starcom MediaVest. The groups will seek more business across five regions and multiple snack categories, including the company’s Gum and Candy, Biscuit and Chocolate divisions. Mondelez’s two incumbent regional agencies — PHD for UK and Madison in India — will not be invited to participate in the review, the company said.

The company said it intends to conclude the review by early fall, with appointments effective on Jan. 1.

The agencies mentioned in this story were not immediately available to comment.

“Our current media agencies are terrific partners and the decision to conduct a media review is not performance-related,” added a company spokeswoman.

In 2012, when it spun off from Kraft, Mondelez cut its roster to 4 media agencies from 12.

More recently, Mondelez discussed its aggressive e-commerce objectives as its media chief, Mr. Bough, gains oversight of e-commerce. The company is nearing its goal of dedicating half of its North America media spending to digital by 2016, Laura Henderson, head of U.S. media and communications for Mondelez, said this week.

Mondelez is also not afraid to change the way it works with agencies. Last April, the company began experimenting with its agency-relationships structure through an initiative called Project Sprout. It involved working with multiple creative agencies at once, while using small teams, accelerated timelines and putting an emphasis on linking advertising to short-term sales results.