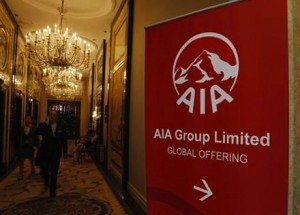 Steve’s breakdown: AIA Group is to hold an integrated creative pitch across Asia-Pacific, led out of Hong Kong. R3 Consulting is coordinating this pitch and Leo Burnett is expected to defend.

HONG KONG: The insurance conglomerate has issued an RFP, with creative and strategy pitching expected to take place in September.

The agencies to compete for the business have not yet been confirmed, but incumbent Leo Burnett is expected to defend the account. A source close to the business indicated that “all key holding groups” were likely to be involved.

Proceedings are being coordinated by consultancy R3. The move follows the appointment of Paul Groves as chief marketing officer in January. R3 was unable to comment, but it is thought that Groves, who has worked in other areas of the group outside of Asia, is taking the opportunity to reassess marketing capabilities for the brand in the region.

The value of the account has not been confirmed, but it is expected to be sizable. Formerly part of AIG, the company staged Asia’s largest ever IPO, raising close to US$17 billion.