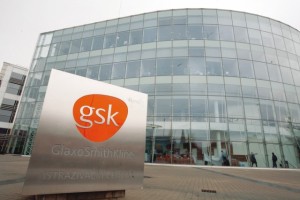 Steve’s breakdown: The GlaxoSmithKline review already has finalists but like I’ve said before, this is a great time for you to pick off some of the smaller accounts while the big-boys are too busy pitching all these reviews.

PHILADELPHIA, PA: GlaxoSmithKline has called a consolidation review for its global media assignment. The pharmaceutical giant is estimated to spend more than $1 billion annually on ads worldwide.

The review will pit the client’s U.S. media shop, PHD, part of Omnicom, against WPP’s MediaCom, which handles the company’s media business in a number of regions outside the U.S.

By most accounts, the review comes amid a record year for formal media assessments, with an estimated $20 billion-$25 billion in media assignments currently in play.

The review also follows a March transaction between GSK and Novartis involving a multibillion asset swap. Starcom MediaVest Group has handled media duties for the operations that shifted from Novartis to GSK, but the Publicis Groupe-owned firm will not participate in the review. The shop is currently involved in several other major reviews including pitches launched by both Coca-Cola and Procter & Gamble.

The drug marketer last reviewed its global media assignments two years ago. At that time GSK retained Omnicom’s PHD to handle media planning and buying duties for the U.S. PHD also picked up media duties for Canada and West Africa.  Non-North American assignments were consolidated with GroupM agencies, while Dentsu was awarded buying duties in Japan.

GSK spent roughly $370 million on ads in the U.S. last year according to Kantar.

A GSK spokeswoman didn’t return a query concerning the review. Over the weekend the company gave a statement to UK trade publication Campaign: “Following the joint venture between GSK and Novartis, the new GSK Consumer Healthcare business combines the best of both companies, and we are committed to ensuring these strengths provide even greater benefit to consumers, customers and our community.

“For media planning, this presents the opportunity to re-calibrate the services GSK Consumer Healthcare requires from its media partners. Therefore we are reviewing the structure of our agency support to drive further efficiencies and define the right operating model to support the business.

“Starcom has decided not to pursue the opportunity at this time following ongoing discussions around the terms of the review. We would like to thank Starcom for the work they have done on behalf of the Novartis brands. Starcom will continue to service the business through a period of transition.”

GSK markets brands such as Nicorette, Citrucell, Gaviscon, Sensodyne, Zovirax among many others.