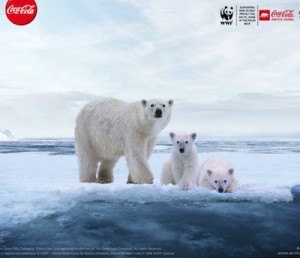 Steve’s breakdown: Coca-Cola has kicked off a digital agency review for North West Europe and Nordics. The process is being handled by Carole Ann Clarke in Ireland and Jane Dormer in London.

If the contact links don’t work, it’s because they go to LinkedIn and you may not be “close” enough – link wise. Just Google them; they come right up.

DUBLIN, Ireland & LONDON, UK: Sources have learned the drinks giant has approached agencies of various different sizes to submit a request for information (RFI). It is rumoured to have approached as many as 40 agencies on a non-tender process to put across their offering, with those successful moving onto the second stage and pitching processes.

The process is being led by head of digital for North West Europe Carole Ann Clarke and Jane Dormer, procurement director, NWEN.

LBi is the incumbent agency for Coca-Cola, having won the global UK ad brief for its sponsorship of the 2012 London Olympics from SapientNitro in 2011. LBi worked alongside Coca-Cola’s lead agency Mother, which was appointed by Coke to work on the Olympics in 2009. Creative work included developing and delivering The beat of London 2012 aimed at facilitating the sharing of Olympics content produced by Coca-Cola.

A Coca Cola spokeswoman said: “We are always looking for the best agency partners to work with across our portfolio of brands. We have no further comment to add beyond this.”

Coca Cola trimmed down its European agency roster in 2009 from 20 to four agencies stating that it wanted to evolve its agency model to ensure it can provide compelling, effective and scalable work to its global brands. The last tender for European digital agencies was approximately five years ago.