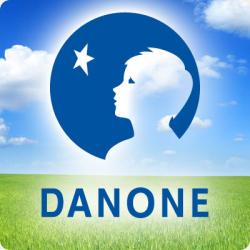 Steve’s breakdown: One last minute/end-of-day agency review before we close!

PARIS, France: Danone Groupe has begun a review of its media agency business in more than 20 global markets, including North America.

A spokesman for the U.S. division, known as Dannon, confirmed the global review, but declined to elaborate. Dannon’s portfolio in the U.S. includes the namesake yogurt brand, Stonyfield, and Evian water.

The Paris-based company currently works with Havas Media in North America, and with Omnicom Media Group and WPP’s GroupM network of agencies in various markets abroad.

Havas Media, which recently changed its name from MPG, retained the North America business when the global account went up for review in 2009. In addition to the new name, the agency restructured and undertook a number of global leadership changes early this year. Amid those changes, CEO and 20-year veteran Maria-Luisa Francoli Plaza left the firm. Before she left, she appointed Lori Hiltz as North American CEO — a position that had been vacant for a number of years as Ms. Luisa Francoli Plaza had overseen North America from her global role.

The review comes as Dannon takes the lead in the yogurt category in the U.S. — estimated by Packaged Facts at $7.3 billion — thanks to new strategy in the fast-growing Greek segment, Ad Age recently reported.

Dannon now controls 27.8% of yogurt sales, compared with 25.8% for General Mills‘ Yoplait, according to the latest data from SymphonyIRI covering the year-to-date period ending March 31.

Danone dominates the global yogurt with 21.2% share with $16.2 billion in sales, according to Euromonitor International.