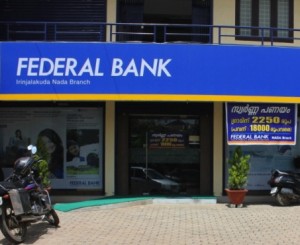 Steve’s breakdown: This reviews seems to be a free-for-all so if you’re in the neighborhood, we bet you can get in.

ALUVA, India: Federal Bank has called for media and creative pitch to empanel agencies. The size of the account is estimated at Rs 35 crore-Rs 40 crore.

Sources close to the development have confirmed the news to exchange4media. Bidding process for the creative pitch is believed to have commenced on April 15 at the Bank’s office in Aluva, Kerala.

After initial evaluation, the shortlisted agencies will be informed about the date for final presentation for empanelment.

DDB Mudra has been handling the account so far. The agency has had a 22-year relationship with Federal Bank.

It is learnt that some of the agencies taking part in the creative pitch include McCann Erickson, JWT, Leo Burnett, RK Swamy BBDO and Ogilvy & Mather, among others. The agencies reportedly in the fray for the media duties include Mindshare, Maxus, Madison, Mudra, and Initiative, among others.

For the record, Federal Bank, earlier known as Travancore Federal Bank, gradually became a full-fledged bank, headquartered in Aluva, Kerala. The Bank got its official name in the year 1947.