Home Accounts in ReviewGame On: Nintendo in digital agency review 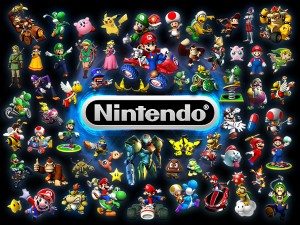 Nintendo currently works with several agencies, including Publicis Groupe’s Leo Burnett, which has supported various elements of Nintendo’s creative and digital business in the U.S. over the past few years. Nintendo’s also worked with other Publicis-owned shops over the years, including Optimedia for digital media-buying and planning and Zenith for broadcast work. Interpublic Group of Cos’ GolinHarris has supported Nintendo’s PR for a number of years.

Both the consultant and marketer declined to comment for this story.

Nintendo spent $78 million on U.S. measured media in 2012, according to Kantar Media. That number does not reflect a bulk of the company’s promotional and digital spending.

It could be a plum account for agency itching to get into the gaming space, especially as companies in the sector shift their focus — and likely marketing budgets — to digital distribution and sales. Nintendo recently launched its “Wii Street U powered by Google” which displays the Street View function of Google Maps. The company referred to the new capability as the “Nintendo Web Framework” at the Game Developers Conference.

“Digitalization allows for greater flexibility, whereby having more ways to make payments, both software developers and consumers have more options,” Nintendo President Satoru Iwata said during an earnings call in March. “I can definitely say that Nintendo will make new offers that go well beyond simply replacing packaged software with digital software.”

It will, however pose a challenge for shops as Nintendo faces stiff competition from the likes of Microsoft X-Box and Sony Playstation. Nintendo’s stock price had fallen last week after the company failed to hit sales expectations for its new console, the Wii U, and it reported weak sales for the 3DS handheld device. The company reported a 1.9% decrease in net sales and an 8.7% decrease in gross profit from March 2012 to March 2013 in its earnings release last week.