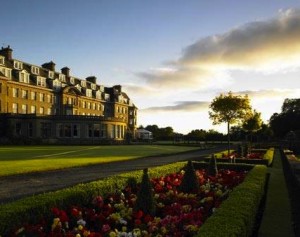 Steve’s breakdown: There are two great reasons USA-based agencies should pitch this account:.

AUCHTERARDER, Scotland: The Diageo-owned five-star resort is reviewing its retained consumer account with Neville McCarthy ahead of the 2014 biennial golf tournament, which pits Europe against the US.

It is understood that the Gleneagles brief is reviewed every few years and is about promoting the hotel on a broader basis than the golf competition.

A well-placed source said: ‘There will be work on the Ryder Cup, but the aim is to position Gleneagles as one of the most desirable resorts in the world, not just to the family market, but to the corporate market too.’

The Ryder Cup was last held in Britain in 2010, hosted by the Celtic Manor resort in Newport, Wales.

Hosting the Ryder Cup next year is expected to give Scotland a £100m economic boost.

Last year, it was revealed that a request for proposal had been put out to help showcase Scotland as ‘the home of golf’.