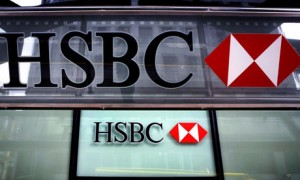 Steve’s breakdown: It doesn’t matter that I think this project will fall flat on its face considering the change in conversation the Occupy movement has created. The real deal is this is going to pay big money so if you’re up to the task, go for it!

LONDON: UK: HSBC is putting social media at the heart of its UK business growth strategy, with an ambitious blueprint to create a ‘dedicated digital offering’.

Britain’s biggest bank is planning to create a new online platform catering for customers’ non-financial needs. One industry source said: ‘They want to set up their own version of Facebook.’

The project is in the early stages and HSBC is looking for an agency to help establish the new proposition and to develop a social media strategy. A full pitch process is expected to take place next month.

The plans are laid out in a confidential 35-page pitch document drawn up by HSBC and obtained by PRWeek. It states: ‘We will build a distinct digital offering centred on customers’ future needs, financial and non-financial.

‘We will simply ask our customers to share their needs, and we will then feed back where possible to help people fulfil them. The entire proposition will be unique within financial services and will stand us apart from the competition.’

HSBC plans to target ABC1 and C2 demographics, but the brief emphasises: ‘The simplicity of the platform and its main functionality will encourage users of all technical abilities to get involved.’

The brief calls for an agency to create a digital concept that has a ‘clear focus and a clear message’ that will appeal to both existing and potential customers.

It adds that a social media strategy will be ‘instrumental’ in raising awareness of the new offering.

The PR drive around the new digital offering will be supported by a wider comms push. The brief states that other media will be utilised ‘including TV advertisement’.

At the same time, HSBC is looking for an agency to advise on social media crisis comms.

HSBC head of press James Thorpe said the bank was considering appointing numerous agencies to sit on a roster.

This morning, the bank said that the plans for a new digital offering were part of a ‘mock brief’, suggesting that HSBC is testing the water before deciding whether to press ahead with the project.