Home Accounts in ReviewInstacart in Review 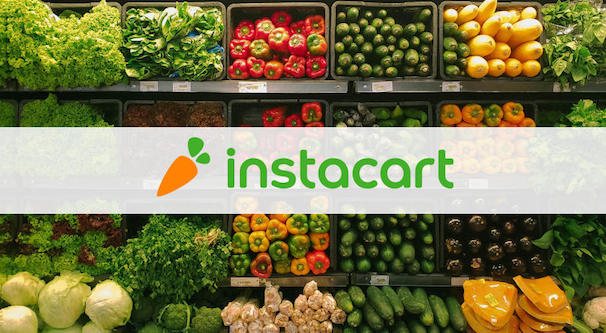 Steve’s breakdown: In case you missed it during the break .  . . Carolyn Everson starts today! May 7th

SAN FRANCISCO, CA: Online grocery giant Instacart, which recently hired Facebook ad executive Carolyn Everson as president, looks to be ramping up its marketing and seeking an agency for help. The move follows the appointment of Laura Jones as VP of brand and marketing in June who, according to an Instacart blog post, will be charged with “shaping and defining a cohesive brand that threads across all aspects of our business.” Jones oversees creative, brand marketing, brand media, product marketing, partner marketing and marketing operations.

The company is said to have reached out to several big-name agencies, including Wieden+Kennedy, Johannes Leonardo and Droga5 to gauge their interest. A W+K spokesperson said the agency is not participating in the pitch. Both JL and Droga declined to comment. Instacart declined to comment.

Though Everson—who as president will oversee retail, business development and advertising at Instacart—is well known to the ad community, she does not join the company officially until Sept. 7. Jones was most recently the global head of marketing for the rides business at Uber, where, according to the blog post, she “built a global team of more than 60 product marketing managers and strategists responsible for Uber’s rides, Eats and Freight businesses.”

“With millions of households across North America relying on Instacart to get their groceries and household essentials each week, our teams remain relentlessly focused on building the absolute best online grocery shopping experience possible,” said the blog post. “Now, more than ever, we believe it’s critical to develop a world-class brand that helps position our products and services to consumers and elevate the value we deliver to customers.”

Instacart, which says it is the leading online grocery platform in North America, works with 600 brands and retailers and delivers from nearly 55,000 stores in 5,500 cities. It is available to more than 85% of U.S. households but is also facing increased competition from players in the space including Amazon, Shipt, Walmart, Uber Eats and others. Walmart, for example, this month introduced GoLocal, a service that will deliver orders for other businesses such as local bakeries across the U.S. In its press release announcing the service, Walmart said that within three years, it has launched and scaled delivery and express delivery of 160,000-plus items from more than 3,000 stores, reaching nearly 70% of the U.S. population.

Instacart is believed to be prepping for an initial public offering and has been steadily building its team. In July, it tapped Fidji Simo, a board member and formerly VP of the Facebook app, as CEO. In May, Supermarket News reported that the company was expanding its corporate team by 51% to support global expansion.