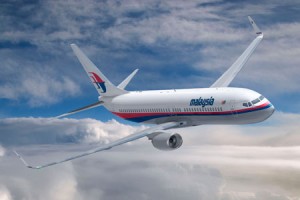 Steve’s breakdown: RFPs have not been sent out yet so whether or not your agency can get in on the fun is completely up to your powers of persuasion and global capabilities. The sooner you make the call, the better.

KUALA LUMPUR, Malaysia: Malaysia Airlines is inviting agency networks to pitch for its creative advertising account in the region and worldwide.

It is understood that NDAs (non-disclosure agreements) have been sent to a shortlist of agencies in Malaysia who, upon returning the NDA, will then receive the RFP (request for proposal).

The creative business is estimated to be worth around US$3.3 million.

The pitch is described as ‘three-in-one’ – the airline is seeking an agency for a new visual identity, a brand and strategy consultant, and an agency for creative executions.

Malaysia Airlines (a government-linked company) is believed to be exercising extreme care over this RFP process, in the wake of controversy surrounding the outcome of  Tourism Malaysia’s agency pitch.

Malaysia Airlines’ media account was awarded to Starcom on a two-plus-one year basis in 2009.

It has not had a creative agency-of-record since parting ways with O&M Malaysia at the end of 2008. Since then it has used Milk, and other smaller agencies on a project-by-project basis.