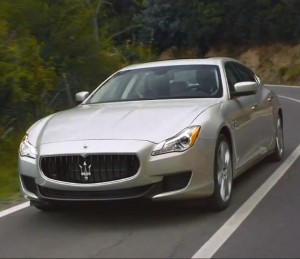 Steve’s breakdown: Past agencies Maserati has used include Mcgarrybowen and Wieden & Kennedy so don’t think the account is out of reach.

MODENA, Italy & AUBURN HILLS, MI, the luxury-car manufacturer, is on the hunt for a creative shop.

The Italian car marque has approached agencies with a brief to create a campaign to launch its new SUV, the Levante, which will go on sale later this year.

Maserati is running the pitch directly. The company, which has been owned by Fiat since 1993, is based in Modena, Italy. However, it is understood that the campaign will be run from the UK.

Maserati has worked with a number of creative agencies in the past. Between 2002 and 2009, it used WPP’s Brouillard until the agency was folded into Brand Union.

The company subsequently handled most of its advertising in-house until 2013, when it appointed Mcgarrybowen.

In 2014, Wieden & Kennedy Portland created a Super Bowl campaign for the Ghibli model, positioned as a more affordable car to compete with BMW and Mercedes. In the UK, Maxus is Maserati’s media agency.