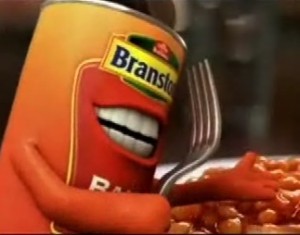 Steve’s breakdown: “Mizkan, the Japanese food company that bought Branston from Premier Foods for £92.5 million earlier this year, is looking for a creative agency and a media agency for the pickle brand.”

STAFFORDSHIRE, UK: The search is in its early stages, but several agencies have been approached for the creative account. Mizkan hopes to have appointed the two agencies by the end of the summer.

The company is planning to invest heavily in Branston’s UK advertising this year to boost its presence after buying the brand in February. The deal followed Mizkan’s acquisition of the Sarson’s and Dufrais vinegars and Haywards pickles, also from Premier Foods.

McCann London is the incumbent on Branston’s creative account. For the Queen’s Diamond Jubilee celebrations, the agency created 60 limited-edition jars of pickle that played the national anthem when opened. Starcom MediaVest Group has handled the media business.

Lorna Kimberley, the marketing manager at Nakano UK Vinegar, a division of Mizkan in the UK, is handling the review.