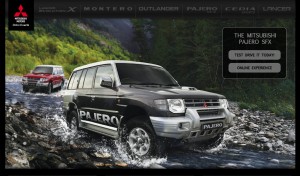 Steve’s breakdown: It’s account reviews like this that remind us the English speaking world is much bigger than we think. India was part of the British Empire until 1947 so don’t be afraid to dream about opening an Indian office.

Or better yet, you already have one and can call these guys today.

CHENNAI, India: Hindustan Motors-Mitsubishi has invited agencies to pitch for its creative business. The pitch is based out of Chennai. Contract Advertising is the incumbent agency.

It is learnt that the pitch is currently underway and a few agencies have already been invited to make their presentations. No official confirmation on the development was forthcoming at the time of filing the report.

It may be noted that in May 2010, Equinox, a division of ZenithOptimedia, was assigned the media duties for Mitsubishi’s portfolio in India, which included Outlander, Lancer, Cedia, Pajero and Montero. The win had come on the back of a multi-agency pitch.