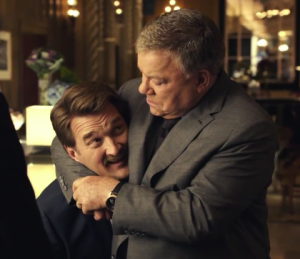 Steve’s breakdown: Ark Advisors is handling the pitch so make sure you have your creds up to date over there. Call Ken at c917-498-7067

Funny how this happened days after the Expedia/Orbiz deal was announced . . .

NORWALK, CT: Priceline.com’s creative business is up for review, the company has confirmed.

Ark Advisors in New York is the consultancy hired to run the process. Ark could not immediately be reached, but sources said that the online travel site had already begun to contact agencies.

Priceline spent more than $136 million in media last year, up from about $127 million in 2013, according to Kantar Media.

The incumbent is Butler, Shine, Stern & Partners, in Sausalito, Calif, which is defending, a Priceline representative said. Butler, Shine has handled the account since 2006. Before that, the business was at Gotham in New York.

Priceline’s ads have long featured actor William Shatner, most recently in the role of the “Negotiator.” Paired with him in current ads is actress Kaley Cuoco-Sweeting of The Big Bang Theory, who plays the Negotiator’s daughter.

Those actors remain under contract and will continue to appear in Priceline ads, the rep said.

The company has high brand awareness, “but we’re constantly looking for ways to keep the brand fresh and connect with consumers,” the rep added. “So, that’s what we’re doing.”

Media planning and buying responsibilities are not in play and remain at Ocean Media. The creative search is in its early stages and is expected to conclude in September.