Qatar to spread its wings: PR in review

Home Accounts in ReviewQatar to spread its wings: PR in review

Qatar to spread its wings: PR in review 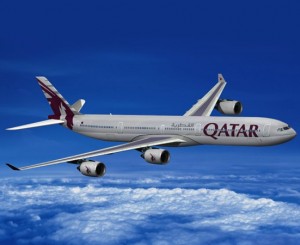 Steve’s breakdown: Qatar Airways is reviewing its UK PR work amid moves to drive up its international profile which could mean more reviews in the future.

LONDON, UK: The state-owned flag carrier of Qatar has launched a review of its relationship with retained agency The Brighter Group.

It is understood to be in closed talks with a small number of agencies, including the incumbent, following an initial selection process handled by the airline’s London office.

A spokesman for Qatar Airways confirmed the review, and said that the company was ‘very progressive and aggressive’ in its growth strategy.

He added: ‘The incumbent has done a fine job and this review is part of normal procedure. We are a lifestyle brand and we will continue to promote that brand around the world.’

The hunt comes at a time of growing opportunity for the promotion of Qatar and the airline, following FIFA’s controversial decision to award the country the 2022 World Cup.

In March, the airline sealed a £25m-a-year deal with FC Barcelona, replacing the Qatar Foundation as the first corporate sponsor for the club. Qatar Airways will also join the Oneworld global airline alliance later this year.

There have also been reports, which have been denied, of talks between Qatar Airways and International Airlines Group about the prospect of becoming the largest shareholder in the parent of British Airways and Iberia.

One agency figure pointed to the fact that Qatar Airways had resumed its Boeing 787 Dreamliner services between Doha and London Heathrow after a worldwide grounding of the aircraft in January.

‘Consumer and travel work will be important, but there’s likely to be a strong corporate and crisis element,’ he said.

Meanwhile, The Brighter Group has won a brief for online travel and leisure deals publisher Travelzoo. The agency will oversee consumer and b2b work and has been tasked with raising awareness of Travelzoo and positioning it as the most trusted deals specialist in the marketplace.