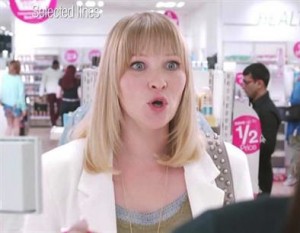 Steve’s breakdown: “AS Watson, the retailer that owns Superdrug and The Perfume Shop, is reviewing its European media planning and buying account, putting the UK incumbent, ZenithOptimedia, on alert.”

HONG KONG, China: The statutory review began several weeks ago and is believed to include Belgium, the Netherlands, Spain and Italy, as well as the UK. The group currently works with a number of agencies.

Superdrug spent £2.8 million on UK media in the 12 months to the end of Sep­tember 2012, according to Nielsen.

AS Watson has spoken to several agencies as part of the procurement-led review, which sources suggest may not be concluded this year. It comes just over a year after a previous review, in which ZenithOptimedia held on to the business.

The review is not thought to affect Superdrug’s UK creative agency, Billington Cartmell, which won the account earlier this year.

AS Watson operates about 10,800 stores worldwide, including Kruidvat in Benelux and Marionnaud, which claims to be Europe’s largest perfumery and cosmetics retailer, in 11 countries.

A spokesman for Superdrug had not responded as Campaign went to press.