Tetley Tea in review in the UK

Home Accounts in ReviewTetley Tea in review in the UK

Tetley Tea in review in the UK 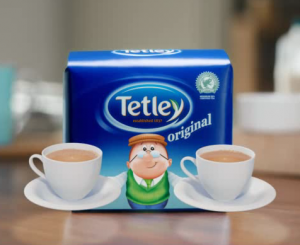 Steve’s breakdown: Tetly is part of the Tata corporation so become a roster agency has lots of opportunity.

LONDON, UK: The Tetley Tea advertising account is up for grabs after the brand separated from its incumbent agency Darel.

Dare inherited the Tetley account in 2010 when it merged with MCBD, and although it was invited to repitch for the business it declined on the grounds that “the time is right for us to part ways”.

We understand that Tetley has briefed Oystercatchers to run the pitch and the intermediary will begin initial ‘chemistry sessions’ with a number of agencies next week.

According to figures from Brad Insight, Tetley spent £8.5m marketing its tea range during 2012 as it embarked on a major brand repositioning campaign.

Dare’s managing director, Toby Horry, said: “Working with Tetley has been a really enjoyable experience but we feel the time is right for us to part ways. We wish them every success in the future.”

Tetley’s key marketing figures could not be reached at the time of writing.