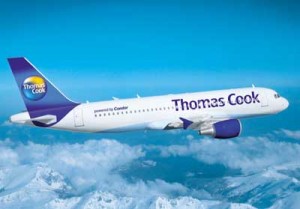 Steve breakdown: They say they are “The name you can trust” but I’d be careful approaching this one. Read on . . .

LONDON:UK: Thomas Cook, the advertiser which courted controversy last year by demanding a substantial “signing-on fee” during a media pitch, is once again reviewing a substantial chunk of its media account.

Thomas Cook’s review will initially focus on its search account but sources close to the company said that remaining digital business will also be put under review in a staggered process over the coming months. This will include its strategic planning, affiliate partnerships, CRM, social media and display activity.

MediaVest Manchester is the UK incumbent while the other markets included in the review are France, Germany, Belgium and the Netherlands.

Louise Mullock, the group sales and marketing director of ecommerce, at Thomas Cook, is heading the review. She was hired from BSkyB in November as part of Thomas Cook’s strategy to bolster its ecommerce and reposition itself as an online travel agent.