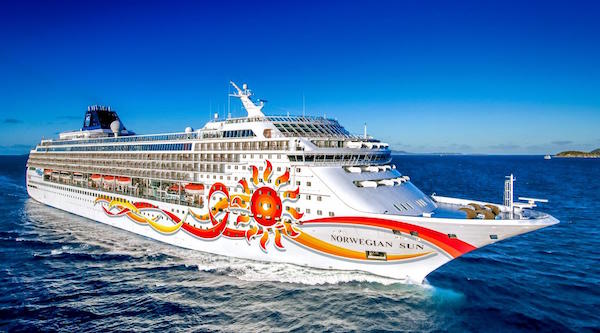 Steve’s breakdown: Norwegian Cruise Lines has issued an RFP as it looks to start sailing again. They have already picked 5 agencies to pitch but if you can do what they want, bolded below, there might be a chance. (See our account review prediction at the bottom)

Plus: Keep a lookout for all Travel/Tourism in your wheelhouse or neighborhood. No wait, aggressively pursue these accounts because they all need agencies to “To Think Differently”.

The company began considering an agency search in July and issued an RFP in the past few weeks, said Christine Da Silva, Norwegian VP of communication. Five agencies were invited to pitch. The company is waiting for their proposals, she said, declining to name the firms. The cruise line is planning to make a decision in the next six weeks.

Da Silva said that the assignment will include media and public relations, community relations and strategy, but not media buying or traditional advertising.

Norwegian did not include a budget in the RFP, she added.

“We have an idea what it will take, but we left it open to make sure we don’t limit thinking,” Da Silva explained. “We also didn’t put a budget in there given the year…we have not been operating vessels since March. We do not have an active budget we’re working against. We’re playing it by ear and just looking for the best resource.”

Da Silva, who has worked at Norwegian for two years, said the agency search will help her transform communications at the company.

“The organization has never had an AOR for the Americas. It’s always been in-house and we would leverage agencies for help with in-house projects,” she said. “When I joined, I really wanted to take the function to another level. Rather than it being just PR, I am putting together a concerted comms strategy in order to touch a variety of audiences in meaningful ways, and I need some new partners to do that.”

The winning agency will be one that does not rely on a stock set of ideas, she said, noting that she is looking for a firm that will help her team think differently, considering the circumstances the brand is in.

“We are right now not sailing for obvious reasons, and so we are looking for partners to help us think differently,” she said. “Many agencies I have worked with in the past have been very formulaic. I often feel, unfortunately, that the proposals they’ve given me have been repurposed from other organizations. They don’t feel very thoughtful or compelling.”

Specifically, Da Silva said the winning firm must have solid, established media relationships and experience “packaging stories in the right spaces to create interesting consumer experiences as it relates to bringing the brand to life.”

Norwegian CEO Frank Del Rio said this week that bookings for 2021 are down as all major cruise lines see sustained impact from COVID-19. The Centers for Disease Control and Prevention issued a no-sail order for cruises in U.S. waters in mid-March that is set to expire at the end of this month, according to CNBC.

Industry body the Cruise Lines International Association outlined a series of safety measures to government regulators this week, such as tighter controls to keep people from boarding ships, according to The Wall Street Journal.

The cruise industry was dealing with reputational problems about health issues before the COVID-19 pandemic. In 2019, passengers on 10 European cruises experienced stomach illness, likely related to norovirus, according to NBC News.

When it comes to illness on cruise ships, Da Silva said the biggest challenge for the industry is “a lack of awareness” by the media.

“People hear and remember the littlest snippet about a situation that was exaggerated or incorrect,” she said. Post-outbreak reports from the CDC backs up her assessment, stating that norovirus outbreaks are no more common on cruise ships than in other environments.

“The industry is really small compared to some, and many reporters are covering it who have never cruised. They don’t understand the intricacies and are reporting inaccurately,” she said. “So for us, when it comes to the media, it’s about education and ensuring they understand and put things in context. The educational component is huge.”

The company is owned by Norwegian Cruise Line Holdings, which also operates Oceania Cruises and Regent Seven Seas Cruises. The company’s Q2 revenue dropped nearly 99% to $16.9 million from $1.7 billion in the year prior because of the pandemic shutdown. It saw a Q2 net loss of $715.2 million.