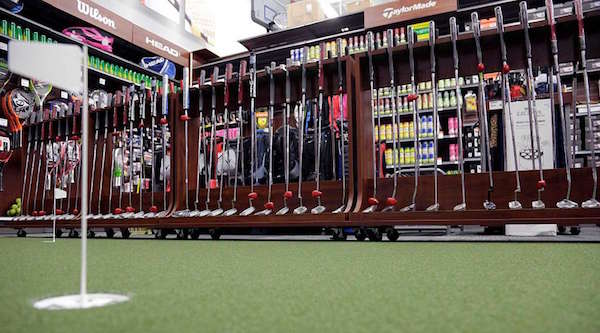 Steve’s breakdown: We think it’s time to take another look at Academy Sports + Outdoors. They just moved their account to FCB but it doesn’t seem to have helped. So if you’ve got the stuff to save them some cash while getting the word out, now’s the time to pounce.

KATY, TX: Academy Sports + Outdoors said it had laid off approximately 100 employees from its corporate office in Katy, TX as part of a “strategic reorganization.”

The layoffs, which follow a similar round of layoffs at its largest competitor, Dick’s Sporting Goods, came from across departments. Academy employs 23,000 in more than 230 stores in 16 states in the central and eastern U.S. These include about 5,400 in the Houston area, where it also operates about 30 stores.

“The company’s multi-pronged initiative is focused on key strategic investments that will help the company build a stronger foundation for continued future success,” Academy said in an e-mail sent to media outlets. “As part of this initiative, approximately 100 non-customer facing positions were eliminated.”

The statement added, “Today’s announcement is part of a careful and thoughtful review of our investments and strategic goals. Retail is evolving rapidly, and we’ve identified new areas of focus where our energy and dollars will make a real difference as we continue to write our strategic growth story.”

Academy President and CEO J.K. Symancyk said in the e-mail, “Our passion for what we do and for what we offer customers is the driving force behind our constant push for improvement. “Today’s changes, while difficult, will create a more nimble and collaborative organization that will better serve our stores and the changing needs of our customers.”

The statement concluded, “We are grateful for contributions made by all of our team members. Academy is providing a transition package to help impacted team members through this transition.”

The reorganization comes after Moody’s Investors Service in late April lowered the debt ratings of the Texas-based chain to negative from stable due to recent deteriorating results.

Moody’s report indicated that the chain has been hurt by a number of bankruptcies over the last year, as well as ongoing general weakness in bricks-and-mortar retail, particularly within the apparel category. Also impacting Academy’s performance has been its exposure to weaker economies in oil and gas markets as well as the drop-off in firearms sales following the election. Internally, Academy was impacted by “execution missteps with the private label assortment resulting in clearance activities.”

The rating agency said the declines in management adjusted EBITDA over the past five quarters “accelerated” in the fourth quarter of 2016 due to those factors.

While lowering the outlook, Moody’s affirmed all of the company’s ratings, including the B2 Corporate Family Rating, B2-PD Probability of Default Rating (“PDR”) and B2 senior secured term loan rating.

The reorganization also comes as the company has overhauled much of its management in recent years.

Among the c-level changes:

Academy has been controlled by an affiliate of Kohlberg Kravis Roberts & Co L.P. (KKR) since 2011.

By all indications, Academy hasn’t slowed its expansion, opening 11 stores this year with plans to open another six in the back half.

On May 16, Dick’s likewise announced a restructuring program to reduce costs and realign its organization. For the second quarter, Dick’s plans to record a pre-tax charge of approximately $7 million in part to cover the layoffs of 160 employees due to the elimination of positions primarily at its store support center.

Dick’s officials said the layoffs come as the company identified “significant costs” that could be eliminated as it adjusts its business model to account for the slowing of its store expansion program, consolidation of its vendor base, and reduction in its dependency on traditional marketing vehicles. The savings are expected to be reinvested in digital, e-commerce and marketing, Team Sports HQ and increase development of its private brands.

Ed Stack, chairman and CEO of Dick’s, said the slowing of its expansion efforts are due in part to the expectations of lower rents arriving in the years ahead. Said Stack on the company’s first-quarter conference call, “In 2017 we expect to open approximately 43 Dick stores of which 19 are former TSA stores. In 2018 we expect to open between 15 to 20 stores most of these leases are already signed and in 2019 it can be as few as 5 to 10.”