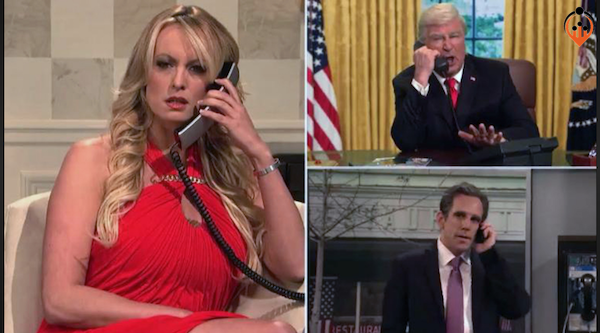 Now you know you have to call AT&T!

MAY 10th post: There’s a giant mess at AT&T and Novartis that needs to be mopped-up. It also needs to be separated from their consumer marketing. This is a way bigger problem for AT&T so start with them.

You might want to try an ex-colleague of mine from my Cheil Communications days, Kirk Heinlein at kirk.heinlein@att.com. He’s the Director, Marketing Communications, Global Markets Advertising

The payments by AT&T Inc. and Novartis AG to Cohen show how even companies with robust lobbying operations sought knowledgeable insiders to glean insight into Trump’s Washington — using backdoor channels that may not be illegal, but have now drawn the scrutiny of Special Counsel Robert Mueller, who is investigating Trump’s campaign.

Any formal lobbying by companies of Congress or Cabinet agencies must be reported and disclosed quarterly. The companies’ outreach to Cohen — who isn’t part of the administration, isn’t a registered lobbyist and isn’t an expert in the telecommunications or pharmaceutical industries — falls into a secretive, gray area of influence activity that ethics experts charge is ripe for abuse.

The payments aren’t in and of themselves illegal, because companies are allowed to pay for professional advice. But they have catapulted two corporate giants into the wider furor around Russian election interference, oligarchs with suspected ties to Trump and payments to the adult film actress Stephanie Clifford, who goes by the name Stormy Daniels.

“It looks bad,” said Larry Noble, the senior director at the Campaign Legal Center, a Washington-based group that monitors campaign finance and other political issues, who questioned what motives the companies had for paying Cohen. “They might have thought it would make Trump happy if they were paying his lawyer,” Noble said.

Both AT&T and Novartis confirmed they made the payments to Cohen in a bid for understanding and access in the new administration. Cohen initiatedthe discussions with Novartis, according to a person familiar with the situation who asked not to be named because the matter isn’t public.

Novartis said it paid Cohen $1.2 million in 12 monthly payments beginning in February 2017, just days after Trump’s inauguration. Novartis said it determined early on that Cohen wasn’t going to be able to help with heath-care policy matters, but it continued to make payments until the contract expired because it couldn’t be terminated for cause.

AT&T, in a statement released Wednesday night, said that it had been contacted by Mueller’s office. The company said it had “cooperated fully, providing all information requested in November and December of 2017.” That was shortly before the contract with Cohen expired.

Earlier, AT&T didn’t confirm how much it paid Cohen’s firm, Essential Consultants, which it said “did no legal or lobbying work for us.” Stormy Daniels’s attorney, Michael Avenatti, said the mobile carrier paid $200,000 in four payments that took place late 2017 and early 2018. The company’s statement that the contract started in early 2017 and ended in December suggests there may have been more payments.

Cohen’s portfolio for AT&T — which at the time was trying to win government approval for its proposed $85 billion merger with Time Warner Inc. — included helping it understand how the administration might approach issues like antitrust enforcement and corporate tax reform, according to an internal email Wednesday.

“One assumes that they were trying to learn about Trump as a person or develop contacts with him,” said Noble, a frequent Trump critic.

Someone who spends at least 20 percent of their time engaged in lobbying activities and has at least two contacts with a high-ranking government official to influence policy must register as a lobbyist. While the U.S. Attorney’s Office in Washington is tasked with enforcing the law and getting firms into compliance, violations of disclosure laws rarely result in civil or criminal penalties.

Yet there is also a realm of largely hidden influence in Washington. That can include lawyers, public affairs specialists and those in charge of giving to prominent think tanks, as well as former lawmakers who request meetings without advocating for a position.

Besides Cohen, others have taken on consulting roles based on their access to Trump, including his former campaign manager Corey Lewandowski. Lewandowski, who has been an occasional visitor to the White House and has traveled at least twice with the president on Air Force One, established consulting businesses after the election, but never registered to lobby.

Elliott Broidy, a major fundraiser for Trump’s campaign, sought to profit from his access to the president, according to emails that were hacked and leaked to the media. According to a three-page summary of a meeting in the Oval Office last October, Broidy touted the creation of a counterterrorism task force consisting of 5,000 Muslim soldiers who would fight the Taliban and Islamic State — with help from one of Broidy’s companies, Circinus LLC, a defense contractor based in Virginia.

Broidy suggested to the president that the deputy commander of the United Arab Emirates’ armed forces meet with Trump in New York or New Jersey. Two months later, the UAE, which had joined Saudi Arabia in an embargo of Qatar that Broidy supported, awarded a $200 million contract to Circinus to perform confidential work, according to Broidy.

Broidy resigned as a deputy finance chairman of the Republican National Committee after news surfaced that Cohen had arranged a $1.6 million payment to a former Playboy playmate who said she had been impregnated by Broidy. According to the summary of Cohen’s transactions prepared by Avenatti, Brody sent $387,500 to Essential Consultants between November 2017 and March 2018.

In addition to paying lobbyists to influence policy, companies often hire insiders with knowledge of pending government actions to give them political intelligence, especially advance information on what policies the government will adopt.

Learning of government decisions before they are publicly announced can give a company a leg up on its competitors. Those who simply gather information for their clients, even from the president, without crossing the line into advocacy don’t qualify as lobbyists.

“In the broadest sense, it is not on its face, unethical, illegal, improper for any person or organization in the private sector to try to interact with” government agencies, said Tim LaPira, a political science professor at James Madison University who has studied lobbying.

For years, members of Congress have tried to make such arrangements more transparent, without success. The late Representative Louise Slaughter, a New York Democrat, introduced a bill last June that would have required those who provide political intelligence, especially when used to analyze securities or commodities markets, to file the same kind of reports that lobbyists do. That effort garnered just four co-sponsors.

“The Trump era and the Vladimir Putin-ordered attack on our electoral process have made it abundantly clear why Congress needs to pass the Political Intelligence Transparency Act without delay,” said Representative Tim Walz, a Minnesota Democrat and one of the bill’s co-sponsors. The bill “will bring the political intelligence industry out of the shadows.”

Senator Charles Grassley, a Republican of Iowa, first introduced a measure to apply the same disclosure requirements for lobbyists to political intelligence firms in 2012. That proposal applied only to those who used information from government sources for analyzing securities, commodities and other financial markets. Grassley’s office didn’t respond to a request for comment.

AT&T has long had one of the most significant lobbying operations in Washington, averaging about $16 million a year in expenditures over the last five years, regularly ranking it among the top 20 spenders on influence. It had 96 lobbyists working for it in the first quarter of 2018, including 17 on its payroll and the rest at some of K Street’s most prominent firms, including Akin Gump Strauss Hauer & Feld LLP and Capitol Counsel LLC, according to the Center for Responsive Politics.

While telecommunications issues were most frequently listed, AT&T lobbyists also worked on taxation, broadcasting and intellectual property issues and also lobbied on the proposed merger with Time Warner. Late last year, the government sued to block the deal and the decision is now before a federal judge.

AT&T has discontinued its practice of distributing cupcakes in Washington around the year-end holidays after the initiative was famously dubbed “Cupcakegate.”

Novartis has 48 lobbyists who focus primarily on health-care issues, including Medicaid and Medicare reimbursement rates for drugs, and taxes, according to its first-quarter disclosures. The pharmaceutical company has averaged spending about $7 million a year on lobbying over the past five years.

Companies like AT&T and Novartis “employ an enormous and sophisticated lobbying enterprise” that includes both disclosed lobbying and “lobbying-related activities,” LaPira said.

Uncertainty around what to expect from Trump’s administration may have heightened the need to gather information, he added.

“You get a lobbyist, a lawyer, somebody with some connection with an office and you try to simply learn what’s going on and then take that back and feed that into your formal lobbying strategy,” he said.