What did this guy do wrong & how you can profit

What did this guy do wrong & how you can profit 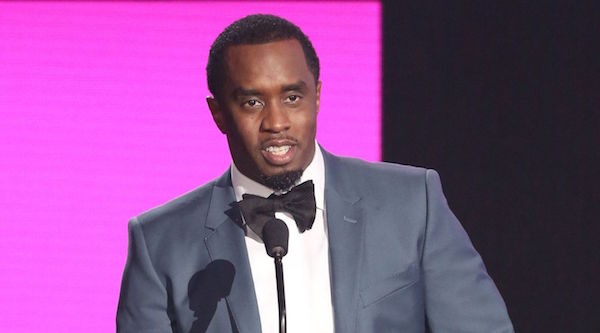 NORWALK, CT: Truth in Advertising (TINA) has filed a deceptive marketing complaint with the FTC accusing alcoholic beverage giant Diageo of running an extensive, noncompliant influencer campaign promoting its Ciroc label. In a post on its websitepublished earlier this week, the advertising watchdog detailed how Sean “Diddy” Combs and a network of 50 influencers, some “hand-selected” by the hip-hop artist and entrepreneur, potentially violated FTC law in their failure to properly disclose connections to the spirits brand.

As part of its investigation, TINA collected more than 1,700 Instagram posts — some dating as far back as early 2015 — that it said failed to transparently communicate a “material connection” to Ciroc, with more than one-third of those posts being shared by Diddy. As of Wednesday (Dec. 12), within 48 hours of being notified of the findings, Diddy appeared to have deleted all his Instagram posts about Ciroc that the organization amassed with the exception of two, TINA said in an update.

“We have a rigorous marketing code and take our role as a responsible marketer very seriously and have a strong commitment to comply with the FTC’s standards on advertising,” a Diageo spokesperson said in an emailed statement to Marketing Dive. “We are investigating this as a matter of urgency.”

The ramifications of Ciroc’s work with Diddy and other influencers, if proven true, could degrade consumer trust in the alcohol brand, especially since parent company Diageo has already been hit with similar accusations of noncompliant influencer marketing this year. Beyond looking bad from a transparency perspective, the outcome of the investigation could carry implications for Ciroc’s business.

Ciroc has grown considerably to become the No. 2 selling premium vodka brand in the U.S. since Diddy inked a lucrative marketing deal with the label in 2007, according to TINA. If Ciroc feels pressure to cut ties with Diddy and his company, Combs Enterprises, over the controversy, it would lose a powerful promoter and could potentially take a sales hit.

The FTC has also ramped up its scrutiny of influencer marketing given the prevalence of nondisclosure, extending warnings not just to content creators, but also the brands that work with them. Punitive measures such as fines, however, have not been as prevalent from the agency despite its continued calls to meet compliance.

While Diageo has earned praise this year for initiatives around areas like diversity and inclusion, influencer and social media marketing have proven a continued pain point. In January, the beverage giant suspended all Snapchat advertising after the U.K. watchdog the Advertising Standards Authority said the company failed to ensure Captain Morgan campaigns weren’t being seen by consumers under the country’s legal drinking age.

Influencer marketing was not included as part of Diageo’s Snapchat freeze, according to TINA. Diageo was called out by TINA earlier this year for its work with DJ Khaled, who the group calls a friend of Diddy’s. Khaled, according to TINA, shared social media posts that failed to disclose a connection to the marketer through standard FTC-compliant markers like the hashtag #ad. Some of Khaled’s posts also allegedly reached minors.

In a message to DJ Khaled’s legal team in the spring, TINA and a group of other ad watchdogs said that the celebrity’s alcohol-focused posts appeared on Snapchat 100 times and on Instagram more than 190 times. The core user base of apps like Snapchat and Instagram skew young, which is part of the reason such posts raise alarms with consumer advocacy groups.TINA’s. The current Diddy complaint includes eight times the amount of poorly labeled posts versus the findings around Khaled, according to TINA.

On Instagram, pages for brands like Ciroc are age-gated to meet the platform’s policy around alcohol advertising. But posts by influencers like Diddy and others — some of which are the same as those shared on official brand channels, according to TINA — are not restricted, meaning minors could be exposed to those messages.