Pitch to the Demographic: VW and guys 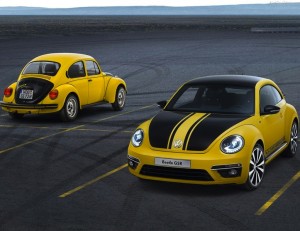 Steve’s breakdown: I used to pitch for a toy ad agency who couldn’t win anything out of the category. That’s when I suggested pitching to the demographic. Two months later we won the Coty new product development business targeting tween girls.

Here’s another example: Since the 90s, the VW beetle has had a hard time selling to guys. That mini flower vase on the dashboard didn’t help. Anyway, at the Chicago Auto Show, VW is despartely trying to woo men with masculine retro paint jobs and no vases. That’s all good but what about getting the guys into the showroom?

That could be your pitch to any VW dealership anywhere. Give it go and see what happens. Like you don’t want a car account anyway? 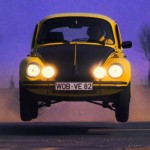 CHICAGO, IL: Volkswagen harkened back to its Beetle GSR days of the early 1970s with the trademark black and yellow 2014 Beetle GSR, shown Thursday at the Chicago Auto Show media day.

Tim Mahoney, chief product marketing officer for VW of America, is counting on the GSR to continue its appeal for men when it goes on sale this fall.