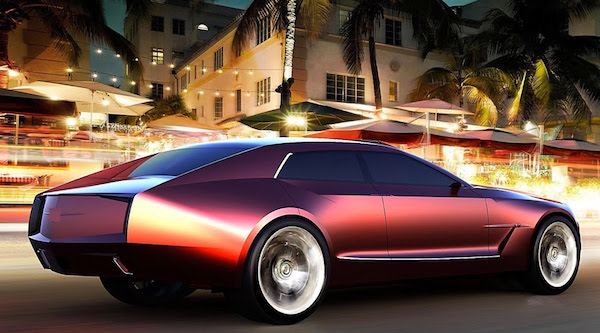 Steve’s breakdown: What the SamHell is going on at Cadillac? Presidents don’t just up and leave a company leaving the newly hired CMO in a lurch. People are actually wondering if the CMO is going to be okay. Time to hit-up the new president with a hearty “Congrats” and a “what’s going on?”.

NEW YORK, NY: Cadillac President Johan de Nysschen is leaving the company effective immediately, according to General Motors, which offered no explanation for the abrupt departure.

Steve Carlisle has been appointed senior vice president and president, Cadillac. Travis Hester, currently vice president, Global Product Programs, is named president and managing director, GM Canada, replacing Carlisle. The transition will begin immediately.
It is unknown if the moves will affect new CMO Deborah Wahl, who only started at the automaker a few weeks ago, according to sources. Wahl was previously at McDonald’s.“We appreciate Johan’s efforts over the last four years in setting a stronger foundation for Cadillac,” said General Motors President Dan Ammann in a statement. “Looking forward, the world is changing rapidly, and, beginning with the launch of the new XT4, it is paramount that we capitalize immediately on the opportunities that arise from this rate of change. This move will further accelerate our efforts in that regard.”

While there’s “no question” de Nysschen was a “visionary” automotive leader, he may have pushed things too far given GM’s conservative culture, says Jessica Caldwell, executive director of industry analysis, Edmunds.

“The appointment of Steve Carlisle, a GM-bred executive with a strong pedigree of global expertise, product planning acumen and history of building relationships with dealers speaks to the company’s desire for a more back-to-basics, comfortable approach,” she says.

“SUVs make up 58.7% of luxury sales right now and Cadillac should be in an ideal position to capitalize on it, yet they’re caught playing catch up,” she says. “Meanwhile, over the last six months Cadillac has watched its cross-town rivals at Lincoln debut SUV after SUV to rave reviews, a script-flip few in the industry saw coming.”

Cadillac’s “days-to-turn” are nearly twice that of most of its competitors this year. In January through  March, it took an average of 112 days for a Cadillac vehicle to sell compared to 48 for Mercedes-Banz, 49 for Audi, 60 for BMW, 63 for Lexus and 74 for Lincoln.

Carlisle was most recently president and managing director of GM Canada, where he led a resurgence of the GM Canada franchise. In 2017, GM was number one in automotive retail sales in Canada, with Buick, GMC and Cadillac achieving their best ever sales years. Carlisle also reestablished key relationships in Canada with retailers, employees and government officials. Carlisle will report to Dan Ammann.

He began his GM career in 1982 as an industrial engineering co-op student at the Oshawa Truck Assembly Plant. Over the course of his career with General Motors, Carlisle has held several senior leadership positions that have taken him across the globe, including vice president, Global Product Planning (2010-2014); vice president, U.S. Sales Operations (2010); and president and managing director, Southeast Asia Operations (2007-2010).