How does a small shop get some car action with all these reviews going on?

Home Accounts in ReviewHow does a small shop get some car action with all these reviews going on?

How does a small shop get some car action with all these reviews going on? 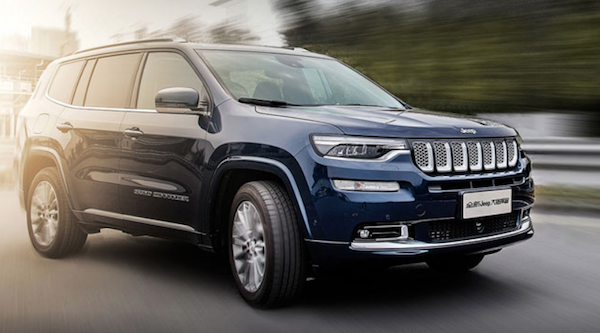 Steve’s breakdown: So Fiat Chrysler Automobiles has started just asking for bids for their media. They know what side of their bread gets buttered . . .

Anyway, with all these car companies in media reviews, we believe there is going to be some smaller digital projects that will need to get done during these complicated reviews. There’s no way around it. So with that in mind, you might want to check in with some of these folks at FCA:

AUBURN, MI: Another big auto account is up for grabs: Fiat Chrysler Automobiles is beginning a media agency review in the U.S. The incumbent is Interpublic’s UM.

“FCA confirms it is requesting quotes for its media agency services as part of a bid process in the ordinary course of business,” a spokeswoman said. “We value our partnership with UM and we hold its team in high regard. They will be included as a candidate in the bid process.”

FCA ranks as the nation’s 12th-largest ad spender, shoveling $2.2 billion into its brands, which include Jeep, Ram, Chrysler and Fiat. UM has worked on the business since late 2009, when it picked up Chrysler as the automaker was emerging from bankruptcy. Fiat Chrysler Automobiles was formed in 2014 after Italy-based Fiat acquired 100% ownership of Michigan-based Chrysler Group.

FCA is the latest big automaker to re-evaluate portions of its agency business. Ford put its global creative account into review in April, putting incumbent WPP-run Global Team Blue on the defensive. Volkswagen is also in the middle of a global creative review. And Mercedes-Benz in February hired Publicis Groupe to handle “creative and digital transformation” in 40 markets worldwide (excluding the U.S., Germany and China) after a six-month review; the automaker is now reviewing its media agency relationships in certain global markets.

FCA this year has been led by its Jeep brand, whose sales jumped 21 percent in the U.S. for the first four months of the year to 310,746 vehicles, according to data compiled by Automotive News. FCA’s total U.S. sales increased 1.6 percent to 702,581 in that time.

Big changes could be in store for FCA globally with the expected retirement next year of CEO Sergio Marchionne next year. Bloomberg recently looked at the scenarios, including potential mergers with other automakers.