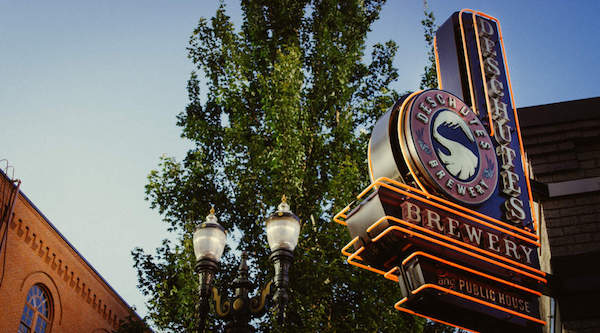 Steve’s breakdown: As you can see at the bottom of this post, we were so all over this review! It might have taken a while for it to happen but we love bustin’ your Bs whenever we have a chance.

I really wanted to say balls but even though it’s our 8th anniversary and a Saturday, I just couldn’t. Maybe I need some Bs?

BEND, OR: Deschutes Brewery has selected Opinionated, the agency launched by former W+K partner, executive creative director Mark Fitzloffa little over a year ago, as agency of record following a review.

According to Forbes, Deschutes is the 20th largest brewery in the U.S., known for beers including Fresh Squeezed IPA, Mirror Pond Pale Ale and Obsidian Stout.

“From the beginning of the pitch, Mark Fitzloff and his colleagues at Opinionated understood our unique story and our business as well as all the enormous potential in front of us to keep disrupting in an increasingly crowded category,” Deschutes Brewing director of marketing Jeff Billingsley said in a statement. “Craft beer is changing so dramatically right now, and we need a customized, innovative approach to grow. This team brings deep credentials from time at Wieden+Kennedy, and they’ve worked on some of the most admired brands in the world. I’m really excited to tap into some of the best minds in the business here.”

Opinionated will be tasked with setting overall creative strategy for the brand, as well as developing campaigns. The latter will include campaigns for the launch of new products and initiatives.

“The opportunity to help an iconic Oregon brand stand out in an intensely competitive category is as good as it gets for us” Fitzloff, who acts as creative director for Opinionated, said in a statement. “Deschutes stands tall as an original revolutionary craft brewer and a proud independent in the category. Jeff and his team have been empowered to continue that tradition and strike a new path for future success.”

Deschutes Brewery is sweeping the Nation