Another batch of Hard Seltzer to Launch

Another batch of Hard Seltzer to Launch

Steve’s breakdown: And there’s no agency of record to do the work.

The Longmont, Colorado-headquartered beer company, which is part of the Canarchy Craft Brewery Collective, is planning a nationwide launch of a new hard seltzer brand in early 2019.

“Our goal is to introduce something that can help grow the category and give drinkers a true craft option in hard seltzer,” Oskar Blues CMO Patrick Daugherty said, via a press release.

According to the release, the 100-calorie, 5 percent ABV hard seltzer will be available in four flavors — Classic Lime, Cucumber Peach, Lemon Agave Hibiscus and Melon Basil. The gluten-free product, which also contains one carb and zero sugar, is targeted to “active lifestyle consumers who value the outdoors, socializing with friends and healthier living.”

“The response from both distributors and retailers so far has been tremendous,” Canarchy president Matt Fraser said, via a press release. “We’ll do whatever it takes to ensure that we have product in warehouses and on shelves.” 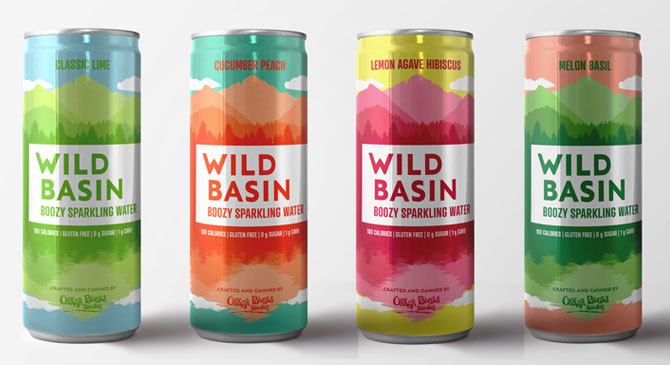 Meanwhile, dollar sales of Truly variety packs were up 173 percent, to more than $52 million, according to IRI. Additionally, Boston Beer’s Truly Berry Mix Packs, which were introduced earlier this year, topped $33 million in off-premise sales.

According to Oskar Blues, Wild Basin offerings will be produced at its Longmont manufacturing facility, where the company made a “significant investment” in new canning and packaging lines.