The more the Beer Wars heat up, the cooler it is to pick up clients

Home Blood in the WaterThe more the Beer Wars heat up, the cooler it is to pick up clients

The more the Beer Wars heat up, the cooler it is to pick up clients 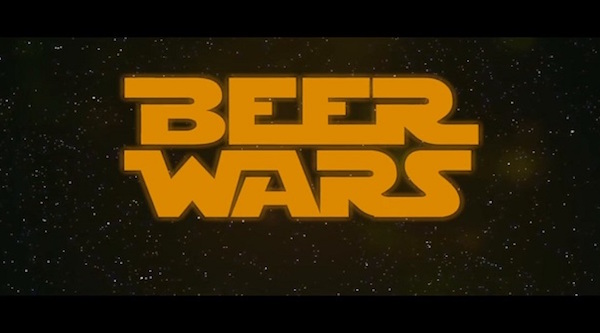 Steve’s breakdown: The Beer Wars are only getting more intense and if you’re not taking sides, Start! That’s where the real cheesecake is.

Check out what Pete Coors had to say on the subject below.

If there was ever a time to sip-up and beer account based on pure adrenaline, it’s now.

EVERYWHERE, USA: Pete Coors, the chairman of Molson Coors’ board of directors, didn’t appreciate some of the comments that were made about large brewing companies during last week’s Craft Brewers Conference.

The annual event — which was hosted by the Brewers Association (BA) and drew nearly 14,000 attendees from across the beer industry to Nashville, Tennessee, for a week of learning and socializing – began with a familiar refrain: “Big beer” is bad.

That drew the ire of Coors, the Colorado-beer baron whose family ranks No. 71 on Forbes’ list of the richest American families.

In response, Coors, who didn’t attend the conference, penned what a MillerCoors spokesman described as an “open letter” to the BA and two of its key members: CEO Bob Pease and chairman of the board Eric Wallace, who co-founded Colorado’s Left Hand Brewing.

“The leadership of the Brewers Association does a great disservice to the entire beer value chain by attempting to pit one part of the industry against another,” he wrote in the letter, which was first published by subscription-based trade publication Beer Business Daily.

Coors — who in 2016 “pushed the button” approving Molson Coors’ $12 billion purchase of SABMiller’s stake in the MillerCoors’ joint venture – was responding to Wallace, who had some strong words for large breweries last Tuesday.

“The many faux craft, crafty, captive, capitulated and acquired brands are weapons in the arsenal of the big breweries and used to control as much of the market as possible,” Wallace said during the event. “These guys are out to eat our collective lunch and take your kids’ lunch money as well.”

Coors, who lives in Colorado, where the BA is headquartered, took particular offense to Wallace’s remarks and responded with some harsh words of his own.

“You undermine your credibility by pitting us against one another to the ultimate detriment of the entire beer industry,” he wrote.

But instead of picking up the phone or sharing his concerns with Pease and Wallace over a beer, Coors pinned his hopes on the pair reading them through a single trade publication — oddly enough, the so-called “open letter” was never actually sent to Pease or other BA officials.

“The Brewers Association has not received any communication from Pete Coors,” Pease wrote to Brewbound in an email.

Coors’ comments would later be published on the MillerCoors blog, but it was initially only shared with a niche Beer Business Daily audience that pays to access content.

When asked why Coors elected to air his grievances through a single media outlet, instead of behind closed doors, the spokesman said MillerCoors felt that “Beer Business Daily was the best outlet to achieve our goals of getting this in front of the BA.”

However, that spokesman wouldn’t comment on whether MillerCoors considered an email or a phone call to the trade group as a more direct option.

As of press time, Pease had not yet responded to a request for additional comment. Coors himself was also unavailable for comment.

Brewbound has reprinted Coors’ email in its entirety below.

A Letter to the BA From Pete Coors

Congratulations on the remarkable attendance at this year’s Craft Brewers Conference in Nashville. The high turnout speaks to the interest and passion that brewers, suppliers, and the general public have for beer and the brewing industry.

As a paying member of the Brewers Association, I enjoy my subscription to The New Brewer. It is the reason I have taken the time to write a point of view concerning the ongoing vitriol expressed in its pages and most recently reaffirmed by BA Chairman Eric Wallace and President Bob Pease toward the large, non-independent brewers.

The brewing industry is not exclusively made up of “large, multinational brewers” or “big brewers” or “faux craft brewers.” It is not exclusively made up of “mass produced” beer, craft brewers or home brewers. Rather, the beer industry is a combination of large and small brewers, retailers, distributors, and suppliers who are passionate about their craft and committed to their businesses. And, they are passionate about competing for the millions of American consumers who love beer.

The leadership of the Brewers Association does a great disservice to the entire beer value chain by attempting to pit one part of the industry against another.

You must know that it is insulting to those of us who don’t meet the clever criteria of your self-proclaimed definition of “craft brewer.” This approach prioritizes insults and division over unity for a beverage that has been used to unify and celebrate together for generations.

Should the highly educated and trained brewers who work for large brewers or the breweries that have been purchased by them be included in the disdain you seem to have for them? Should the quality of beers produced by them, including hundreds of quality medals be insulted by the Brewers Association simply because the parent company isn’t part of your ever-changing “club?” Didn’t all large brewers start as craft brewers? Don’t all craft brewers wish to grow and be prosperous?

We share distributors, many of whom would not be able to distribute Brewers Association beers without the scale provided by the large brewers. You claim that your members are precluded from distribution at retail, while I visit account after account that do not carry any “big brewer” products.

Competition in our industry should be honored and cherished. I agree with you that craft brewers are “exemplars of the American Dream, of entrepreneurial spirit”. However, you must realize that big brewers are as well. There should be no room for cheap shots and insults (“faux”, “crafty”, “capitulated” beers) for each other.

That is a slippery slope that does not end well for our industry. We have enough competition inside the beer business and outside it with wine, spirits and, increasingly, marijuana.

You undermine your credibility by pitting us against one another to the ultimate detriment of the entire beer industry.

Keep your independent seal, your pride and your zeal for brewing, but let’s be united as an industry. There are other enemies we all must fight together.