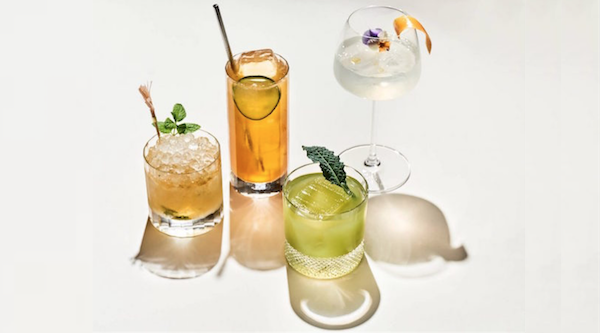 Steve’s breakdown: Maria & Craig’s CBD Botanical Spirit is hitting shelves in the UK next month and will probably drop in Colorado first as far as the US in concerned.

The big question is, is it good for you or something you play with? Both are pretty bad ways to go. And especially after the FDA panned CBD last month. Very tricky and something that would be great to sink your teeth into!!!

Craig Hutchison, who launched Ceder’s in a marketing and distribution partnership with Pernod in 2018, has confirmed the release of Maria & Craig’s CBD Botanical Spirit. Hutchison said the new product is separate from the Pernod Ricard deal, as well as from the Ceder’s brand. The new product is described as a combination of premium broad-spectrum CBD from Colorado, natural hemp, distilled juniper, sage, chamomile and orange blossom along with “other classic gin botanicals”.

Hutchison said CBD is leading the charge when it comes to consumer perceptions of functionality in drinks, although he warned against making therapeutic connections. “It has really surprised me how quickly it [CBD] has come to market,” he said. “I think you want to steer clear of making claims – allow consumers to make their own choices.”