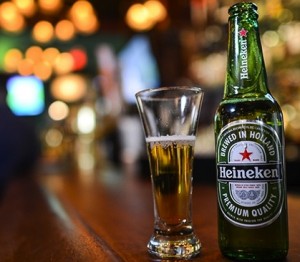 Steve’s breakdown: No word on who will be picking up the slack after this split so we except a review soon.

A week before Heineken will be feted at Cannes Lions for its global advertising success across several brands, the brewer has parted ways with Wieden + Kennedy, the lead global agency on its flagship brand. Globally, Heineken spends an estimated $60 million to $80 million in media annually.

Five years is a respectable run with a beer brand, especially after Heineken’s seemingly perpetual changing of agencies before that. In the U.S., for example, Heineken employed six agencies in nine years before hiring Wieden in 2011. At the time, the agency’s Amsterdam office was already working on the brand outside the U.S. in a relationship dating back to the prior year.

In the history of Heineken marketing, then, this was a long relationship—and a fruitful one at that, with both marketer and agency collecting awards from Cannes, as well as Effie and Clio awards. In announcing the split today, Heineken chief commercial officer Jan Derck van Karnebeek acknowledged the partnership was “strong and effective.”

Turnover in the brewer’s marketing ranks triggered the earlier agency changes and most likely was a factor in this one. Lesya Lysyj, the U.S. chief marketing officer when Wieden added that region four years ago, left the company in late 2013 to become North American president of Weight Watchers. In addition, Alexis Nasard, the global CMO since 2013, is leaving the company as part of a spring restructuring.

Most beers, imported and domestic, are struggling to gain share in a marketplace that’s flooded with regional microbrews. So, absent significant sales gains, all beer agencies are living on borrowed time. As Wieden president Dave Luhr noted in a statement, “In this business, change is more the norm than the exception.”