Liquor sales in WA are down 9.4% since private retailers took over: Advertising problem??

Home Industry: Booze/Beer/WineLiquor sales in WA are down 9.4% since private retailers took over: Advertising problem??

Liquor sales in WA are down 9.4% since private retailers took over: Advertising problem?? 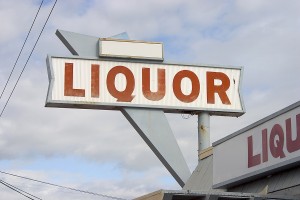 Steve’s breakdown: If you’re an agency in Washington, you can’t ignor this issue and the potential opportunity it exposes. There are probably 100s of small and dozens of not-so-small ad accounts out there waiting for someone to tell them what to do. Get Out There!

WASHINGTON STATE: We won’t know for a while whether Washingtonians are drinking more or less liquor as a result of private retailers such as Costco Wholesale taking over liquor sales in this state.

But in June, the first month for private sales, people bought less, according to the Washington Department of Revenue.

“Most of the decline appears to be attributable to bars and restaurants stocking up on inventory in May 2012,” the revenue department said.

This past May, liter sales were 26.6 percent higher than a year earlier, driven largely by bars and restaurants buying 46.7 percent more liters than they had in May 2011.

In June, bars and restaurants backed off, buying 27.4 percent fewer liters than in June 2011.

Overall liter sales in May and June combined were 8.2 percent higher than a year ago.

It’s hard to know which way people expected liquor prices to go in June. Some argued that competition would drive prices lower, but others saw that new fees imposed by the voter initiative that privatized liquor sales would mean higher prices on some bottles — particularly during the first two years, when distributors must pay an extra fee. The question became how much of that fee distributors would pass on, and the answer appears to be all of it.

Liquor prices dropped in May, the month before the switch, by 9.3 percent compared to May 2011 “due to consumers buying larger bottles of liquor which are less expensive by volume than smaller bottles,” the revenue department said.

The council is careful not to read too much into the first month’s sales.

“The state will need at least three more months of collections experience to identify long-term trends due to all the stocking up of inventory in May, some inventory problems and slow startups by private retailers, the novelty of having hard liquor widely available, and possibly sticker-shock from customers experiencing higher prices under privatization,” the revenue department said.