Looking for a growth opportunity in the beer biz

Home Industry: Booze/Beer/WineLooking for a growth opportunity in the beer biz

Looking for a growth opportunity in the beer biz

Steve’s breakdown: The Brewers Association just published their list of the top fastest growing craft brewers. See who’s in your neck of the woods and get to work.

EVERYWHERE, USA: The Brewers Association (BA) today released its inaugural list of the 50 fastest growing small and independent1 craft brewing companies of 2017. Median growth from 2016 to 2017 for these breweries was 216 percent; the median size of breweries on the list went from 284 barrels in 2016 to 963 barrels in 2017. These companies represent 5.5 percent of craft’s growth by volume for 2017 and include eight brewpubs, 40 microbreweries and two regional craft breweries.

“With 5 percent growth overall for small and independent brewers in 2017 and microbreweries and brewpubs delivering the majority of that, we wanted to spotlight some of the breweries driving that growth,” said Bart Watson, chief economist, Brewers Association. “As the growth base for craft becomes more diffuse, these fast growing brewing companies illustrate that a diverse set of success stories still exist.” 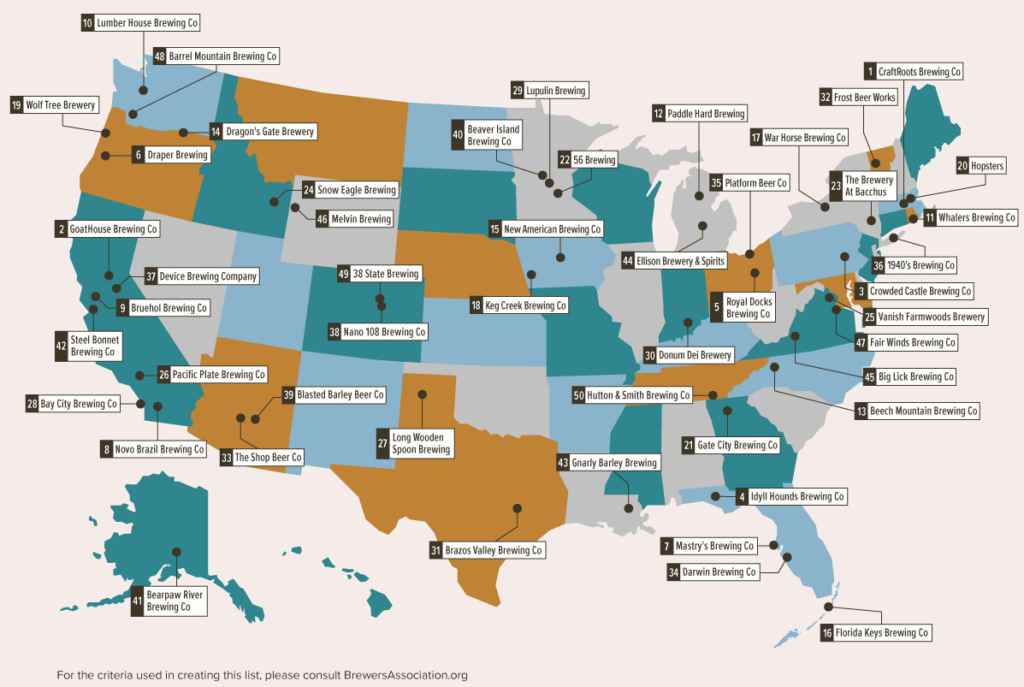 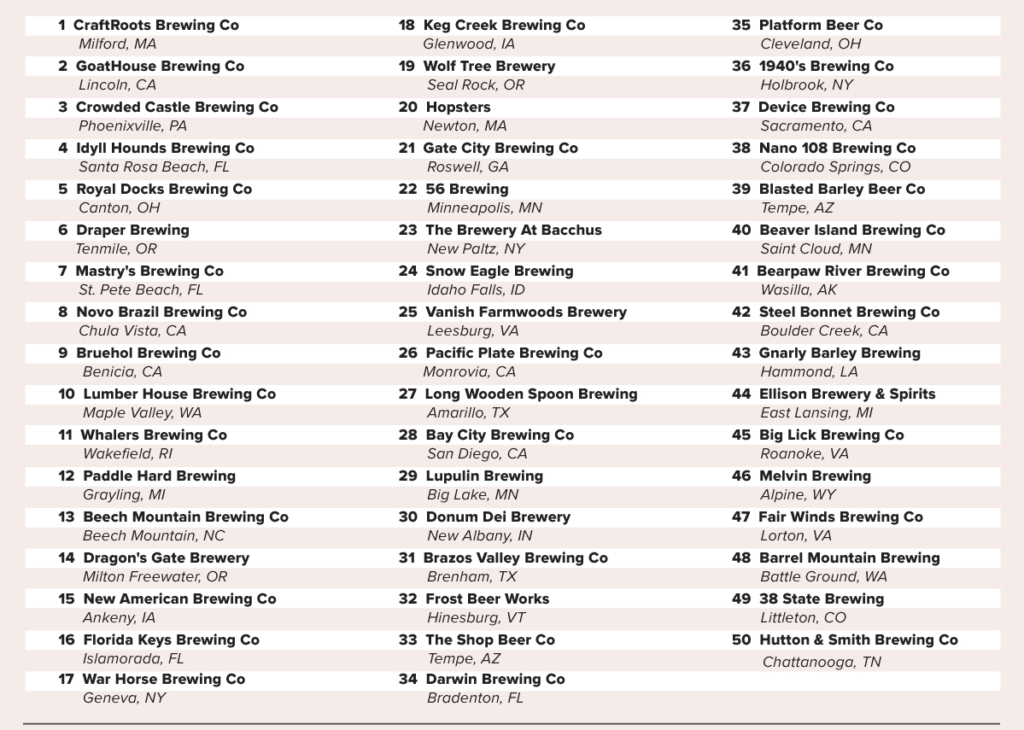 Methodology: The list presented includes only small and independent breweries with all of their production at their own facilities. Breweries had to have opened 12/31/2015 or earlier to be considered. It only includes breweries that reported to the Brewers

Association’s annual Beer Industry Production Survey; breweries with staff estimates or data from state excise tax reports were not considered. Finally, breweries must have had data from at least three years to be considered.

A comprehensive State of the Industry report will be delivered during the 2018 Craft Brewers Conference, held from April 30 – May 3, 2018 in Nashville, Tennessee. In May 2018, the Brewers Association will publish the full 2017 industry analysis in the May/June issue of The New Brewer, showing regional trends and sales by individual breweries.

1An American craft brewer is small, independent and traditional.

About the Brewers Association

The Brewers Association (BA) is the not-for-profit trade association dedicated to small and independent American brewers, their beers and the community of brewing enthusiasts. The BA represents 4,000-plus U.S. breweries. The BA’s independent craft brewer seal is a widely adopted symbol that differentiates beers by small and independent craft brewers. The BA organizes events including the World Beer Cup℠, Great American Beer Festival®, Craft Brewers Conference & BrewExpo America®, SAVOR℠: An American Craft Beer & Food Experience, Homebrew Con, National Homebrew Competition and American Craft Beer Week®. The BA publishes The New Brewer® magazine, and Brewers Publications™ is the leading publisher of brewing literature in the U.S. Beer lovers are invited to learn more about the dynamic world of craft beer at CraftBeer.com and about homebrewing via the BA’s American Homebrewers Association and the free Brew Guru™ mobile app. Follow us on Facebook, Instagram and Twitter.