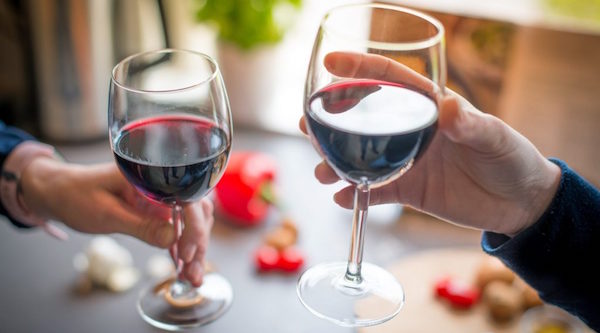 Steve’s breakdown: Wine consumption drops for the first time in 25 years so we’re saying pitch every wine organization there is. Check these out.

The fact that sales in the beer industry have been in a long, gradual decline is no surprise. And 2019 was no exception. Beer volumes dropped 2.3%, the fourth straight annual slide, IWSR noted.

But last year also marked a surprising drop in wine, one of the stalwarts of growth for the alcohol industry in recent years that until now has previously posted more than two straight decades of annual increases. The analytics firm found even though sparkling wine in the U.S. grew last year by almost 4%, it wasn’t enough to offset the drop in the larger still wine category (-1.5%), bringing total wine volumes down 0.9%.

Wine represents about 11% of the total beverage alcohol market in the U.S., IWSR says. Similar to beer, however, the drop in wine volume can be associated with what the firm cited as “changing generational habits.”

As more millennials and Gen Zers become drinkers, wine succumbs to the same problems that beer has already faced. It stands to reason that as this balance shifts further, with even more more younger drinkers who are more inclined to reach for a beverage like White Claw, wine could be in for a period of prolonged declines as well.

“Millennials are just not embracing wine with open arms compared to previous generations,” Brandy Rand, chief operating officer for the Americas at IWSR Drinks Market Analysis, told The Wall Street Journal. “With the rise in low and no-alcohol products and general consumer trends toward health and wellness, wine is in a tough place.”

Some alcoholic beverage companies are overhauling their wine portfolios. Constellation Brands announced last year the sale of some of its lower-end wine brands to E. & J. Gallo Winery for $1.1 billion, a much-lower price than the $3 billion initially expected. The fact that the maker of Modelo and Cornona beers sold the products for less could be indicative of the problems wine is facing.

Wine will likely need to innovate in a similar way that the beer industry has, expanding further into new flavors, premium or craft. It’s possible the category will soon come to the realization that introducing a wine and expecting a large segment of the population to enjoy it simply won’t work. Younger consumers want different flavors and varieties, and what works for one segment of the population may not last or could fail to take hold with consumers who might have embraced it before.

After employing much the same tactic, beer companies have been turning to hard coffee, kombucha, hard ciders, spiked seltzers, craft beers and flavored versions of already-popular brews in efforts to attract consumers. But it hasn’t been enough. Simply latching on to a hot trend doesn’t necessarily mean success. IWSR noted in 2019 the once-popular hard cider category dipped 3.8%.

Increases in volumes for craft, low- and no-alcohol and imported beers haven’t been enough to offset the broader drop in the beer category, which still commands the lion’s share of revenue for major companies such as AB InBev and Molson Coors. Still, these beer giants have little choice but to try to latch on to as many trends as they can in hopes that one sticks and consumers ultimately decide to gravitate to their products. The dominance of White Claw and Boston Beer Company’s Truly have prompted beer companies to debut their own offerings or give more attention to other brands in the space they own.

It’s possible that wine and beer companies, suffering from the same trends, could soon decide to merge in an effort to tap into synergies they have as alcohol companies when it comes to restaurants, supermarkets or convenience stores that carry both of their products. For now, it will likely fall to each side to innovate, and fast, to enable them to at the very least minimize the decline.