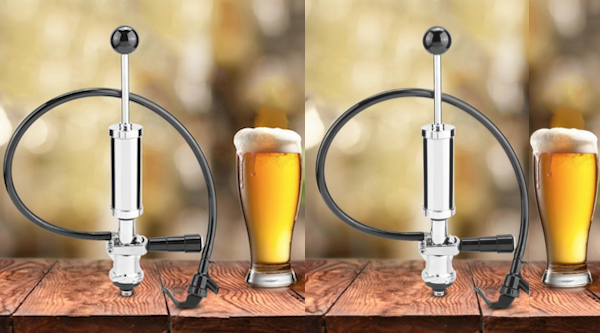 Steve’s breakdown: Sometime you just have to introduce the agency with a short note of congratulations to cement yourself with a brewing company when they start looking for an agency. I’ve done this a million times so today we’re sharing some May launches you can start with to get the pump primed-up.

PORTLAND, OR: Portland’s Ecliptic Brewing and Ruse Brewing — led by co-owners and brewers Shaun Kalis and Devin Benware — have teamed up to create an Italian-style Pilsner launching in 16-ounce cans and draft this May. This will be Ecliptic’s first Cosmic Collaboration Series beer of 2020 and the first of this series available in 16-ounce cans.

NEW YORK, NY: Elevated. Craft. Water. Fountain has launched a line of spiked seltzer sold initially through its own direct-to-consumer website, and expanding to retail shelves soon after. In a now very crowded space, the brand’s commitment to quality, clarity, and simplicity allows Fountain to stand out. With focused premium flavors of Passionfruit, Blueberry, and Lime to launch, it is packaged in traditional 12 oz. cans and sold as 12-packs of each flavor, or as a mixed 18-pack. This premium spiked seltzer is produced and canned in the company’s own New York City brewing facility, making Fountain a truly local NYC brand.

SAN FRANCISCO, CA: Sufferfest, brewing the highest-quality and most flavorful low-calorie beer for the athlete in all of us, proudly announces the relaunch of their purpose- brewed mixpack and introduces two new brews, Gut Check IPA and Shred Kolsch, to their roster of brews.