Time to pitch an Irish whiskey 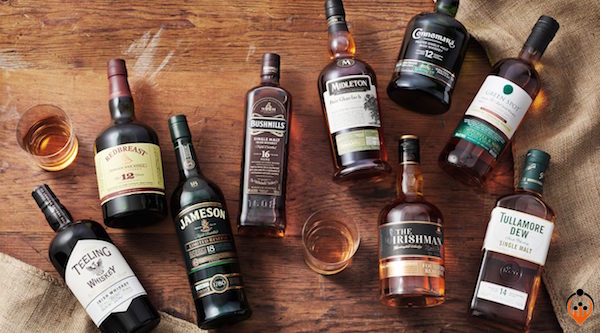 Steve’s breakdown: Irish whiskey is the fastest-growing premium spirit in the world so go find one and make that pitch! The story below states the plan for Jameson.

NEW YORK, NY: Pernod Ricard has lined up a near-US$175m spend on its Irish whiskey production operations as the group tries to keep up with global demand for its Jamesonbrand.

The group’s Irish Distillers division confirmed today that it will invest EUR150m (US$173.3m) in three of its sites in the country. While around EUR130m will go to both the Midleton Distillery in Cork, where Jameson is produced, and the maturation site in nearby Dungourney, EUR20m will be used to upgrade the Fox and Geese bottling facility in Dublin.

Spread over the next two years, the investment will upgrade and expand the distillery and result in eight new maturation warehouses, each holding 16,800 casks. In Dublin, the main operating bottling hall and storage warehouses will be extended, with bottling and packing equipment benefiting from an upgrade.

The move is designed to “meet demand” for Irish whiskey, which is being “accelerated by the continued growth of Jameson, which is now in double- or triple-digit growth in more than 80 markets”, Pernod said.

Irish Distillers CEO Conor McQuaid added: “Irish whiskey is the fastest-growing premium spirit in the world, with sales now accounting for more than one-third of all Irish beverage exports. This investment will help to allow this growth to continue for years to come. The company is proud to play its role in the Irish drinks industry, which is a hugely important part of the Irish economy.”

While Pernod dominates the Irish whiskey category, other multinational spirits companies have also moved into the segment. Last month, production started at Brown-Forman’s new $50m distillery in the grounds of Slane Castle, while Stock Spirits and Quintessential Brands kicked off their Dublin-based joint-venture last year. Diageo, meanwhile, exited Irish whiskey in 2015 when it sold off Bushmills to Jose Cuervo, only to return in early-2017 with the launch of the Roe & Co brand as well as outlining plans to open a distillery in 2019 at its St James’s Gate site in Dublin.