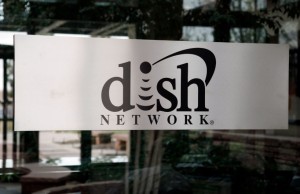 Steve’s breakdown: We had the Dish Network account back in the day at the Romann Group. Does anybody remember the “Stop Feeding the Pig” campaign? If you haven’t been in the cable/satellite provider biz, it is brutal. So make sure you have the guts to handle it before you commit to the pitch.

ENGLEWOOD, CO: Dish Network’s new chief executive Joe Clayton isn’t officially on the job till next month, but he’s already making his presence felt: The satellite TV provider is looking for its first creative agency of record after years of working in-house and with outside shops on a project basis.

In 2010, Dish spent $250 million in measured media, according to Kantar Media. Ira Bahr, Dish’s chief marketing officer, said the review does not include media planning and buying, which moved to Horizon Media last summer.

Bahr expects to have a short list of agency candidates by earlyJune. Selected shops will then have one month to respond to the

client brief, which includes a creativepresentation. The marketing executive wants to have a new agencyon board by mid-July. Dish has been using the tag “Let’s watch TV,”but Bahr said he is “very open” to other positioning ideas.

Last year, the broadcaster was among the first clients to use crowd-sourcing agency Victors & Spoils.

“This is one of the most interesting broadcasting [agency] clients out there. We combine movies with TV, state of the art mobility, and technology,” said Bahr, who returned to Dish in the top marketing job in 2009 after an earlier stint as svp of marketing.

Clayton was named to the chief executive’s job on May 16 and will be “very involved” in the review process, according to Bahr. Clayton’s lost little time in signaling the broadcaster’s aggressive new efforts and acquisition plans to create a “new video model” to compete against pay TV rivals and others like Netflix.