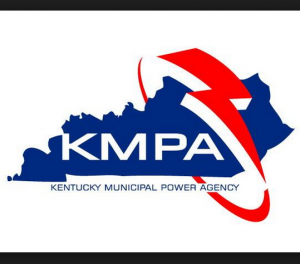 Steve’s breakdown: This could turn out to be a cluster-you-know-what but they will be spending real money. An advertising RFP should be going out early next year.

LOUISVILLE, KY: Representatives of 10 municipal power providers met for the first time Thursday as the new Kentucky Municipal Energy Agency, an entity they are banking on can provide lower cost electricity to residents and businesses than Kentucky Utilities has for decades.

Guided by a team of lawyers and energy consultants, the board members came to Louisville from as far away as Owensboro and Benham to elect their first officers, make plans for hiring a staff member, and discuss a request for proposals to buy their electricity on the open market, starting in 2019.

“We can work better as a group” rather than going it alone, said Ron Herd, general manager of Corbin Utilities Commission and newly-elected chairman of the KMEA.

“We did a power supply study,” Herd said. “We found some better options.

Owensboro is a member of the new agency but in a separate category because it is also a wholesale electricity provider. A document distributed at Thursday’s meeting said Owensboro has offered to sell excess electricity to the group, among other potential sources.

The request for proposals seeks electricity from coal and natural gas. Carl Shoupe, a Benham plant board member, said he would like to see renewable forms of electricity also in the mix.

Herd said the group has no immediate plans to build or own power plants.

That’s where additional risk could present itself, as the similarly named and organized Kentucky Municipal Power Agency has discovered.

That municipal power agency with Paducah and Princeton as members invested in the Prairie State Energy Campus in Illinois, which faced cost overruns and other problems, sending customers’ electricity rates soaring, The Courier-Journal reported in February.

Thomas C. Trauger, a lawyer with Spiegel & McDiarmid of Washington, D.C., said collectively the communities participating in the new agency could save millions of dollars with the new arrangement. He also conceded they will need to make wise decisions.

The Louisville law firm Rubin & Hays is also advising the new agency, along with nFront consulting out of Florida.