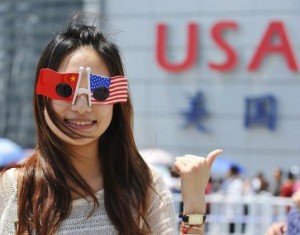 Steve’s breakdown: Expanding an agency’s services is a fast way to increase revenue and one of the fastest growing markets in the world is the Chinese consumer. And we think marketing specifically to Chinese tourists is the easiest way to get in the game.

Here’s a nine-point plan to do just that.

EVERYWHERE USA: The rise of Chinese tourism has gotten the attention of a lot of travel, tourism and hotel companies. Sixty-six million Chinese will travel overseas this year, a 15% increase over last year, and 100 million will be global travelers by 2020, according to the United Nations World Tourism Organization. On the back of three decades of spectacular growth and development, China recently became the second-largest economy in the world behind the United States. The country has also become a major market for the world’s leading international consumer goods companies. Many travel brands are trying to capture the attention of this very valuable new customer segment, but not without challenges and disappointments. Below are some tips for marketing to affluent Chinese consumers successfully.

4. Leverage the Internet as a medium.

6. Be social to connect.