These two agencies should be Fired

These two agencies should be Fired 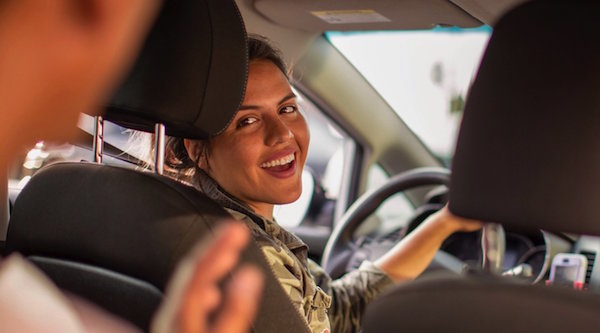 Steve’s breakdown: Last April we said the same thing and nothing has changed (see below) It doesn’t matter who the agencies are just pick a brand and take it over!! (That’s includes social media/creative)

SAN FRANCISCO, CA: The headline is: Uber and Lyft‘s pool of rideshare drivers has shrunk. Temporary bonuses may not lure them back.

These 2 company’s recruitment ad agencies should be Fired

MAY 2022: In 2020, at the beginning of the COVID-19 pandemic, Larry Duncan was forced to take an eight-month break from his job as a rideshare driver for Uber and Lyft and switch to food delivery. His other gig, as an IT specialist for the city of Bowling Green, Kentucky, didn’t want to risk him getting sick.

Much to his surprise, the money wasn’t that bad doing food delivery. People tipped a lot early in the pandemic. And while he’s since gone back to driving passengers — he said he missed the interactions with people — Duncan noticed many of his fellow drivers had switched to delivery and never looked back.

“If you’re making the same or less money and don’t have to worry about somebody carjacking you, that behooves itself for a lot of reasons to stay with food delivery,” Duncan said.

While this has been good for many drivers, it’s been worrying for ride-hailing apps, which two years later haven’t seen a full rebound in the once-reliable pool of people wanting to shuttle passengers. Some drivers for Lyft and Uber told Insider they’d switched to delivering meals or groceries, or have taken advantage of a widening array of gig driver apps. Others left driving entirely because of high gas prices, Insider previously reported.

These ongoing driver shortages, which both Uber and Lyft’s CEOs acknowledged during earnings calls last week, are escalating pressure as tech stocks face a slump and investors are less willing to take bets on money-losing companies. Both companies said they planned to keep spending to lure drivers back to their platforms, which sent Lyft stock tumbling nearly 33%. Uber — which performed much better thanks in part to its sizable delivery business — said it didn’t anticipate an increase in incentives (drivers were at a “post-pandemic high,” CEO Dara Khosrowshahi said), but its stock still plunged 16% amid a broader tech sell-off.

It was a sequel, albeit likely lower budget, to the movie that played out last year for the companies when they committed hundreds of millions of dollars in driver incentives.

When the companies invested in driver incentives in the spring of 2021, it was while COVID-19 vaccines were being rolled out widely. Rider demand began to take off and the Uber and Lyft cash injections were about shoring up the supply. It largely took the form of one-time bonuses and quests, like giving drivers $4,000 for completing 250 rides over the course of a month. Uber spent $250 million on the program in 2021.

One problem, multiple drivers told Insider, was people were quick to take advantage of the payouts and then bail.

“These super high-priced offers are not getting people to go ‘I’m gonna be a rideshare driver again.’ People go after that money, then they stop doing Lyft,” said Steve Johnson, an Uber and Lyft rideshare driver in Colorado.

Since the start of the pandemic “I have not returned to driving for Lyft,” said Frank Wallace, a driver in the Miami area. He chalks that up to Uber and its promotions. “It’s a lot of incentives, just with deliveries and ride sharing. It’s a mix. They really have a way of driving the incentives through text messages and emails.”

The rideshare services also have to contend with an increasing array of gig apps. While the general wisdom among gig workers is that ride sharing is the most reliable service when it comes to a steady supply of work, the pay has gotten pretty competitive from other services. More and more drivers are “multi-apping,” picking and choosing work from Instacart and DoorDash, as well as Amazon Flex, Walmart Spark, and Target-owned Shipt.

Then there are smaller services like Curri, a delivery service for building materials that some drivers said was less frequent than other delivery apps but had big payouts. Observers said those may end up dealing rideshare’s dominance a death by a thousand cuts.

“There’s constantly a drip of new apps that are launching in new verticals. We’re seeing a lot of gig workers experimenting in smaller apps,” said Matt Spoke, the CEO of Moves, which offers financial services to gig workers. “To a large extent we see sentiment that’s negative for the big guys. The drivers view the smaller upstart gig platforms as friendlier to them.”

To be sure, the smaller apps aren’t spared from the worker shortage either. Jeff Sasse, the CEO of Tennessee-based delivery app Phoodiis Delivery said increased wages have made drivers choosier and savvier about using the apps exactly as much as they need to make money.

Then there’s gas prices. Nearly all the drivers who spoke with Insider mentioned the skyrocketing cost of gas being a concern. Most of the major gig companies have implemented some kind of subsidy to offset the increase.

But even if that helps, prices can still play a part in pushing drivers away from doing rideshare. Food delivery is often more appealing because the shorter distances mean fewer miles on a car per trip.

These companies are used to churning through drivers on a regular basis. An Uber spokesperson said that since the incentives last year, Uber’s driver retention improved. And drivers like Johnson who’ve been doing it for years say they’ve seen new drivers go through a honeymoon period where they enjoy working for the platforms, but slowly get disillusioned.

That honeymoon period is where Ana Marchena finds herself. She started driving for Uber three months ago and says she loves the flexibility. Gas prices were a big problem, she said, but recently she took advantage of an offer from Uber to rent a Tesla, which is expensive and eats into her earnings, but cuts down on refueling costs. Plus, people tip better when they ride in a Tesla, she said.

Still, Marchena said she understood why someone who drove a gas-powered car would be turned off from doing ridesharing these days.

“When you have to fill it two-to-three times a day it feels deflating. All that driving and all that money and it just goes into the gas. It hurts your heart a little bit.”