This topsy-turvy account is about to get rich: Go Advertising!

Home Industry: E-commerceThis topsy-turvy account is about to get rich: Go Advertising!

This topsy-turvy account is about to get rich: Go Advertising! 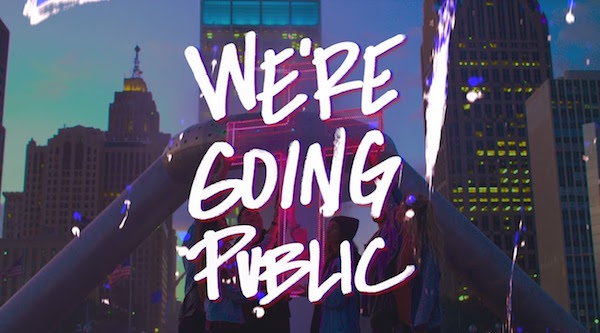 Steve’s breakdown: Airbnb is about to go public and because of this pandemic, all their messaging has to be different. Yeah, they have changed some but now they are going to have Big Cash. Get your slice with what you do best!

SAN FRANCISCO, CA: In a turn of fortune, Airbnb  yesterday announced that it has filed to go public, albeit confidentially.

The move puts the home-sharing service on a path to a public offering sooner rather than later, and comes after reports that the company was prepping an IPO filing this month. Those same reports indicated that Airbnb could go public as soon as the end of the year.

A Q3 or Q4 Airbnb offering is therefore a distinct possibility.

Airbnb has mounted a comeback since COVID-19-related shutdowns slammed the travel market, tanking its revenues at the same time. Airbnb laid off nearly 2,000 workers, and took on expensive capital from external sources.

The company promised in 2019 that it would go public in 2020, but that pledge seemed far-off in the middle of the year. Since then, Airbnb has made noise about different parts of its business coming back to life, although changed by new travel and work and vacation patterns from its users.

If Airbnb has filed, we can presume that present results are good enough to get it life, else the firm would have not filed and would have simply gone public later. The question now becomes if its Q2 numbers were good enough to get it out the door, or if the company intends to update its S-1 filing with Q3 numbers, push the filing live and go public with more recovery time in its results.

Of course, such a course of action would put its public debut perilously close to the American election. And, Airbnb’s Q2 numbers are down not only from Q1 in revenue terms, but even more sharply from its year-ago results for the same calendar period. In short, Airbnb’s growth story may not be clear until Q3 numbers are tallied, a month and a half from now.

Airbnb joins other companies that have filed privately, like DoorDash, waiting in the wings for the right moment to go public, or the right set of results.

We’ll see, but the company’s public debut is back to being impending. Now the question becomes whether Airbnb intends to go public in an IPO, as the wording of its filing appears to suggest, or if a direct listing could still be in the cards. We think it’s more likely the former and not the latter, but, hey, in 2020 you never know.