Abercrombie & Fitch: An account we predicted would change hands

Home About The Ratti ReportAgency Reviews we've PredictedAbercrombie & Fitch: An account we predicted would change hands

Abercrombie & Fitch: An account we predicted would change hands 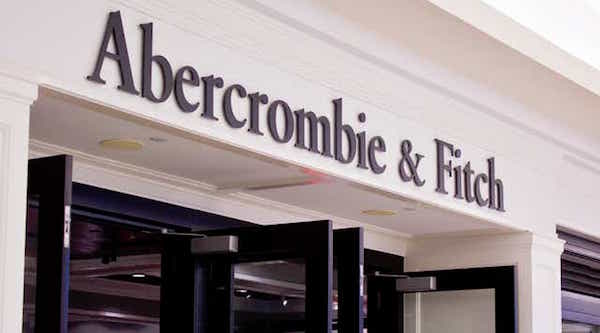 Steve’s breakdown: This winter we reported Abercrombie & Fitch would be hiring a new ad agency. This spring they did so without a formal review, a press announcement or an RFP and this fall, the Richards Group launched the new campaign. We implore you to act on our account review predictions because sometimes they happen without a peep.

We know this is not a lead but we hope it acts as a reminder that timing is everything.

BTW: This is a beautiful campaign but they better start getting “retaily” fast.

NEW ALBANY, OH: Abercrombie & Fitch and its new agency of record The Richards Group dropped a powerful coming-of-age campaign, “This is the Time,” aimed at tapping into the changing lives of the apparel brand’s core customers, 21- to 24-year-olds.

“‘This is the Time’ is borne of Abercrombie & Fitch’s heritage as an outfitter of adventure, and an appreciation of the significance of this unique stage in our customers’ lives, and the adventures they are on,” Stacia Andersen, A&F brand president, said in a statement.

The integrated campaign includes two emotional ads, created in 30-second and 60-second TV spots, that tell several stories through the lens of diverse, aging young adults—two women smitten on the dance floor of a club, three outdoorsy friends catapulting pumpkins in a field, a woman enduring a breakup and two professionals fighting over some sort of project. The ads also incorporate various fashion styles, highlighting the brand’s rugged roots (A&F was founded as an upscale sporting goods store in 1892).

“This is not just a campaign,” A&F CMO Will Smith told Adweek. “This is something that should be really long lasting and [show] our 125-year heritage. We want to take you along on the journey and you’ll want to be a part of the ride.”

Smith, who was hired in January as part of a company turnaround to increase sales, said when the creative team first sat down to mull ideas for the campaign, something didn’t sit right with him.

“We were putting things together and working really well but it wasn’t as tight as I wanted it to be,” Smith said. “I was sitting in the back of the room and I said ‘We’ve got something strong but we can do better.’”

Together The Richards Group and A&F realized that the brand’s primary consumers, aged 21 to 24, are undergoing a transformative period in their lives—beginning their careers, entering relationships and moving out of their childhood homes—and they wanted to be a part of it, Vander Linden said in an interview with Adweek.

“They’re learning how to adult which is awesome,” Vander Linden said. “We were excited. … We wanted to connect with them.”

The messaging comes after A&F did away with its sexualized marketing tactics, typically featuring shirtless men, two years ago in an effort to refresh its brand.

PMG, the brand’s performance media agency, also contributed to the campaign, which comes ahead of the holiday season, when the company appears to drop the most money on advertising. In 2016, A&F spent a total of $10.8 million on marketing but only $1.9 million from January to June of that year, according to Kantar Media.

From January of June of this year, the company spent $2.1 million, a Kantar report shows.

The new ads will be aired on national TV—a first for the brand in over a decade—on Adult Swim, Comedy Central, E! and ESPN. They will also appear in various forms on Snapchat TV, in movie theaters, across social media channels and will be geographically targeted to cities such as Chicago, Los Angeles and New York.

The campaign includes an experiential element, as well, with pop-up shops, music events and a travel opportunity tied to the A&F Club, the brand’s loyalty program. Partnerships with music platforms Pandora and Spotify have also been made.