As we predicted Wrangler went into review: Another coming? (free to see)

As we predicted Wrangler went into review: Another coming? (free to see) 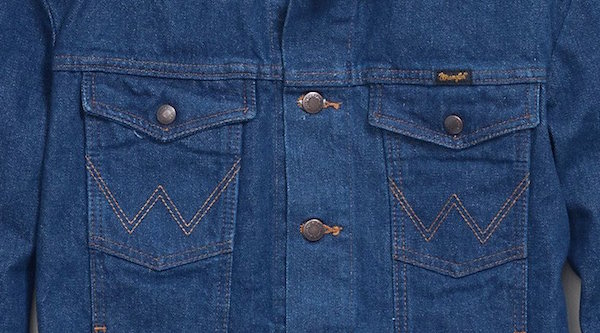 Steve’s breakdown: That’s right, we got another one right but the real question is whether Lee will be next to review. We’re sayin’ “YES”.

See our prediction at the bottom of the page.

GREENSBORO, NC: Wrangler—the denim brand recently spun off with Lee from VF Corp. as a separate publicly-traded entity called Kontoor Brands—named independent network Mother New York as its global creative agency of record, following a review that kicked off in the fall of 2018.

Mother New York’s responsibilities will include branding development and communications campaign strategy spanning print, digital, broadcast and out-of-home. Its efforts will be global with a particular focus on the key North American and Europe, the Middle East and Africa regions.

Jenni Broyles, vice president of Wrangler, said that Wrangler launched the review in search of “a global agency partner to support our growth strategy across the globe.”

Wrangler’s previous AOR was Concord, Mass.-based Toth+Co, which was an “incredible partner for many years,” Broyles said. “However, our new scope required a global focus.”

Toth+Co President Zack Toth told Ad Age that the agency worked with the Greensboro, N.C.-based brand for 19 years and that it was invited to participate in the RFP but “made the tough decision” to decline.

“Toth wishes Mother and Wrangler nothing but the best,” he said. “We are proud of the work we did together. We had fun growing the Wrangler brand. It took a lot of hard work taking it to new places while keeping it real and authentic. But I think we did alright. We definitely had fun.”

Mother New York’s first work as AOR is expected to debut sometime this year. Prior to the AOR appointment, the brand enlisted the agency to create a digital experience around its new limited-edition line, the Wrangler Lil Nas X Collection, which debuted alongside the release of the rapper’s music video for “Old Town Road.”

“It is a testimony to the new partnership that we have already been able to activate a massive cultural opportunity, even while we develop a new brand platform,” Charlie McKittrick, Mother U.S. chief strategy officer and partner, said.

McKittrick said the agency’s creative strategy for Wrangler will focus on finding what is “already beautiful about Wrangler and present that in a new light.”

“We didn’t want to change Wrangler or fetishize them as a ‘heritage’ brand,” he said. “The fact that we’ve had our ear to the ground and are willing to get fast and nimble with the likes of Lil Nas X should say a lot, too.”

According to estimates from R3 co-Founder and Principal Greg Paull, Wrangler spends about $40 million a year on measured media globally.

The birth of a $38 million denim client