Steve’s breakdown: Calvin Klein’s Obsession has something no other fragrance has. It attracts Tigers!! If you can’t make something out of that fact, you’re in the wrong business!

Ms. Katie Doran at katiedoran@ck.com is the Director of Global Marketing, Fragrance, Cosmetics and Performance. Give it a shot! As far as we can tell, the brand does not have an agency.

NEW YORK, NY: The results of a nearly two-year long effort to capture a man-eating tiger in India may have come up short, but there is one trick that has yet to be tried. And that’s perfume.

Since 2016, Indian authorities have been trying to successfully capture a tigress called T1 and her two cubs. Some Indian news outlets have reported that T1 may have killed more than a dozen people in Maharashtra.

In an effort to bring the killings to an end, authorities have tried several measures, including more than 100 camera traps, horses and goats strapped to trees as bait, rangers keeping watch from treetops and armed police patrols of the forest, according to the BBC. The tigers have outmaneuvered them all.

With most of the options being exhausted, wildlife veterinarian Dr. Prayag H.S. says one solution may be perfume.

“There has been research using three perfume, the first was Chanel No. 5, Jovan Musk, and CK Obsession,” Prayag said.

One study done at the Bronx Zoo showed that large cats are attracted to certain scents in the perfumes. Dr. Prayag put this to the test in 2013 when he used Obsession to lure a leopard.

Two years later, Dr. Prayag successfully captured his first man-eating tiger using Obsession. And now he’s been in touch with wildlife authorities to suggest that they try the perfume on T1, as well.

The science behind the lure of the perfume is about more than just smelling nice, according to Mandy Aftel, a perfumer and author of Fragrant: The Secret Life of Scent.

“The perfume contains something called civet, which is an animal ingredient that the civet cat, it’s called, uses for marking territory,” Aftel said. 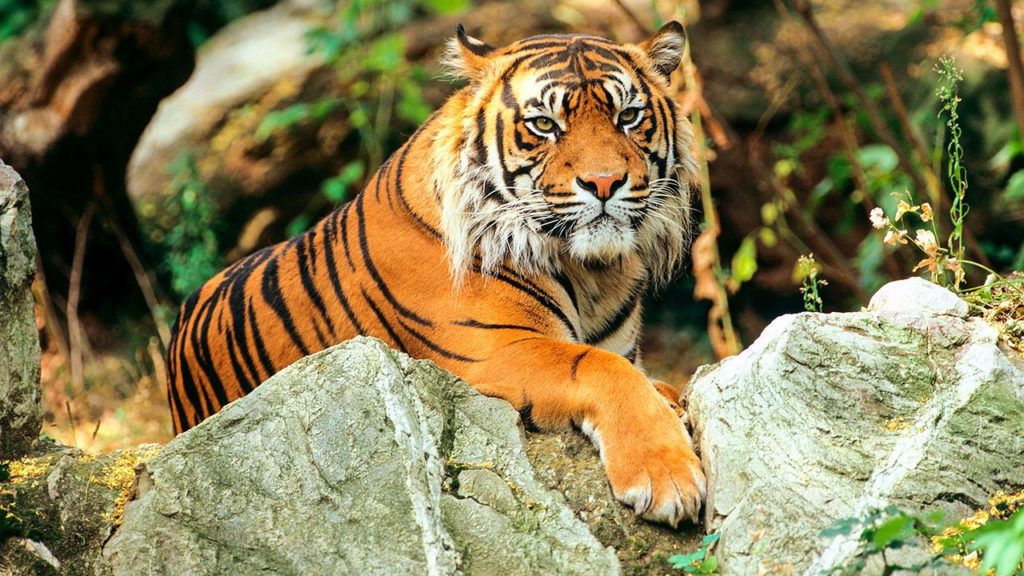 Aftel said civet has a long history in perfume. The ingredient has been written about in the Bible as well as by Shakespeare. And Calvin Klein’s Obsession, as well as Chanel No. 5 and Jovan Musk, contain a synthetic version of the civet musk called civetone.

The scent of the ingredient is referred to as a fecal floral.

“[It] smells like poop, really. Poop. It’s funk,” Aftel said. “But when it’s diluted, it becomes very floral. It’s kind of a miracle of transformation.”

And cats can’t get enough of it.

“I happen to have cat nip as an oil, but I have civet as an oil and my cat loved the civet,” Aftel said. “When I would open the bottle of civet, and if he was around, he would just, you know, rub up against it and be interested and transfixed.”

She also said using smell to get the attention of an animal isn’t as odd as it may seem.

“Many animals are interested and driven by their sense of smell; more so than we are,” Aftel said. “And so you’ll see all kinds of things used for lures.”

Though Dr. Prayag doesn’t know why Maharashtra authorities haven’t tried using Obsession yet, that hasn’t stopped him from wearing it.

“I do use it actually. It gives a pleasant smell,” Prayag said.

He doesn’t wear it in the forest, of course.