The next chapter of Guess? 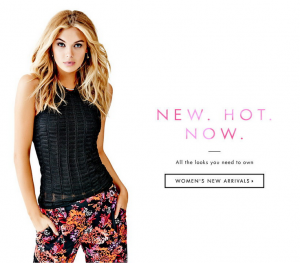 Steve’s breakdown: Next month, Guess? will have new leadership with big problems. I’d say this is going to be the best time to introduce yourself to Guess? They’ve had the account in-house forever.

LOS ANGELES, CA: After years of slipping sales and plunging profits, Guess, Inc. is ready to make some sweeping changes, starting with the top. On Tuesday, Guess announced that co-founder Paul Marciano is stepping down as CEO. Come August, he will be replaced by Victor Herrero, head of Inditex Group‘s Asia-Pacific division.

Paul Marciano will continue in his role of chief creative officer and replace his brother, Maurice Marciano, as executive chairman of the board. Maurice, meanwhile, has been named chairman emeritus.

Herrero’s hire comes at a difficult time for the brand. As Forbes pointed out in an extensive profile this month, Guess, Inc.’s profits have slumped to a 10-year low, while the stock is down 65 percent from its 2007 high. Ex-employees describe a “difficult” and “poisonous” working environment with a lack of strategic leadership. “You could work with senior leadership, establish your three- to five-year plan, and if accessories had two great weeks in a row, half of the store was converting to accessories,” a former vice president complained. “It’s never about the longer-term vision.”

Enter Herrero, who joins the company after 10 years at Inditex, where he led the multi-billion dollar expansion of  Zara, Massimo Dutti, Pull & Bear, Bershka and Stradivarius in Asia. Can a fresh set of non-Marciano eyes save Guess, Inc.? We’ll have to wait and see.