Serious damage control needed at financial client! Up to the challenge?

Home Blood in the WaterSerious damage control needed at financial client! Up to the challenge?

Serious damage control needed at financial client! Up to the challenge? 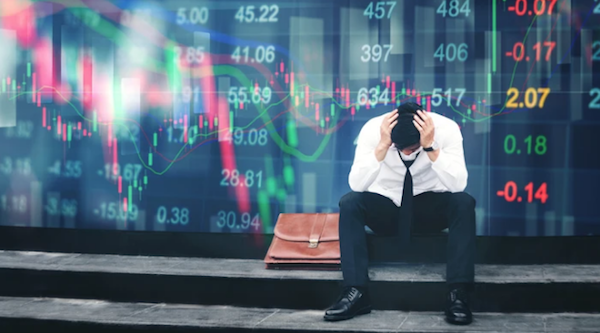 Steve’s breakdown: Stocks are tumbling but you can’t sell cause your trading app is down. That’s what happened to Robinhood’s clients and they are bailing in droves.

MENLOW PARK, CA: Robinhood has become a Silicon Valley darling by presenting itself as a tech-savvy alternative to traditional stock trading platforms. But this week, with the financial markets in chaos, the start-up’s technology failed at the most crucial moment.

On Monday and Tuesday, as global markets rebounded after a sell-off last week and then sank again, Robinhood’s trading platform went offline, leaving many customers to watch their portfolios drop in value without being able to do anything about them.

Robinhood has attracted millions of millennials to trade on its platform, largely by eliminating trading fees and making stock trading as easy as ordering food online. This week, many of those same customers said they wanted to get their money out of Robinhood as quickly as possible.

“For me, the moment they get up I am going to try to get out and switch out to someone else,” said Robert Kaufman, 30, an information technology worker in San Diego.

Mr. Kaufman said he had put $900 in savings into Robinhood two weeks ago when he opened an account. By trading risky options, he had increased his portfolio to $2,600 last Friday. But on Monday, much of that disappeared with Robinhood’s outage. Like many customers, Mr. Kaufman said he could not reach the company; even emails to the support desk bounced back undelivered.

By noon on Tuesday, trading appeared to be back up and running. “We realize we let our customers down, and we’re committed to improving their experience,” said Jack Randall, a spokesman for Robinhood. He said the start-up would look at compensating customers on a case-by-case basis.

Until this week, Robinhood, which is based in Menlo Park, Calif., had been regarded as one of the most successful financial technology start-ups. The company had raised around $1 billion from venture capital firms such as Index Ventures and New Enterprise Associates, privately valuing the start-up at around $7.6 billion, according to CB Insights. The company does not charge trading fees, but it sells its customers’ trades to high-frequency trading firms, a practice known as payment for order flow.

Robinhood’s lack of trading fees has roiled older competitors like E-Trade and Charles Schwab, putting pressure on the brokerage industry. In recent months, E-Trade announced that it was selling itself to Morgan Stanley and Schwab has said it will buy TD Ameritrade.

“This is a huge black eye for them, and they really need to do something to earn back the trust of their clients,” said Ben Carlson, the director of institutional asset management at Ritholtz Wealth Management in New York and the author of the blog A Wealth of Common Sense. “I can’t recall another time when an entire platform was down all day like this.”

During the market turbulence, other trading firms that cater to small investors have also experienced difficulties. The website for the mutual fund giant Vanguard experienced “sporadic unavailability” on Friday because of heavy trading volumes, a spokesman said. TD Ameritrade also said trade confirmations were slow to process on Friday.

But none were down as long as Robinhood, which has made it particularly easy to buy and sell not only traditional stocks but also riskier investment products like cryptocurrencies and options, a contract that makes it possible to bet on stocks going up or down.

Many Robinhood customers nursing losses on Monday, when markets rose, had bought options contracts to bet that the markets would fall. When markets instead surged, they were unable to get out of the contracts because the app was down.

Taylor Dalton, 29, said he had recently decided to invest roughly $8,000 in stocks and option contracts through Robinhood, including “put” contracts on airline stocks, which would give him the opportunity to profit if their shares declined.

“Yesterday, I had plans to close out all of my options and take a profit,” said Mr. Dalton, who co-owns a cupcake and coffee bar franchise. “Now I am in the red,” he added, referring to his gains that have been erased, “and I am not sure what to do.”

As for Robinhood, he said, “I am definitely never using them again.”