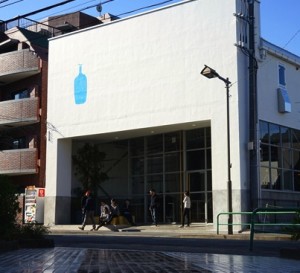 Steve’s breakdown: Getting the word out is going to be key for Blue Bottle Coffee and we’re sure they’ll be pushing social media and maybe mobile later. No word on who will be doing the work.

OAKLAND, CA: Third-wave coffee darling Blue Bottle Coffee recently completed a funding round that netted the company $70 million, according to The Financial Times. The news comes a few days after it was revealed that Blue Bottle secured a lease for a large warehouse in Bushwick, Brooklyn which the Oakland, Calif.-based company will use as a coffee roastery, cafe and bakery.

Known for its small, artisanal cafes and pour-over brewing method, Blue Bottle has rapidly emerged as a player in the thriving market for high-end coffee. The company operates cafes in the Bay Area, Los Angeles, New York and Tokyo, and the new funding, which was led by Fidelity Investments, will support further expansion of its retail stores.

“I think people like Fidelity see that there’s a great opportunity, in the same way Chipotle and Shake Shack have come from nothing, to do something better with coffee and baked goods,” Bryan Meehan, Blue Bottle’s executive chairman, told The Financial Times.

Blue Bottle had previously raised $46 million in two funding rounds and has a number of well-known backers in its corner, including U2’s Bono and actor Jared Leto. The company has not only made internal investments toward growth; two months ago it purchased Tartine Bakery, a San Francisco-based company that will have its first retail location in New York next year as part of Blue Bottle’s new multi-use space in Bushwick.

While Blue Bottle has made waves on-premise, its foray into packaged coffee drinks has been quite smaller than that of rival Stumptown. Last year, Blue Bottle, in a partnership with dairy producer Clover Farms, launched a New Orleans-style iced coffee product. Packaged in a 10.66 oz. carton, the milk-heavy product is USDA certified organic and formulated with chicory and 19 grams of sugar. The beverage is currently available at select Whole Foods stores in California, Nevada, Arizona, Connecticut, New Jersey and New York.