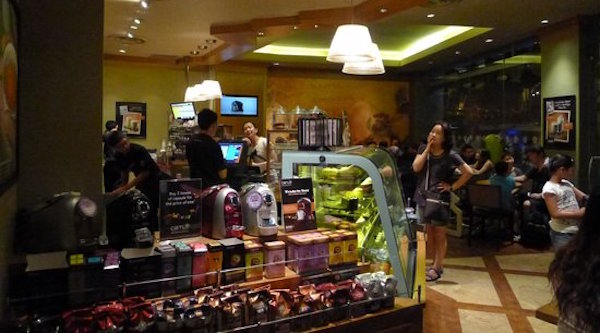 Steve’s breakdown: Coffee Bean & Tea has 1200 locations worldwide, 311 in the US and they are planning 100 more in NYC. Talk about needing a guerilla marketing campaign.

Nearly two years after it abruptly closed its 12 locations in the Big Apple due to a problem with the franchisee, the company announced plans to open 100 locations across prime real estate in New York City, beginning with Manhattan later this year. The stores will be opened through The Coffee Bean’s new franchisee, Hudson River Coffee & Tea, a venture made up of operators, developers and real estate experts.

“The Coffee Bean & Tea Leaf has maintained a steady growth rate over the past several years,” said John Fuller, CEO, The Coffee Bean & Tea Leaf. “The return to New York is not only an indicator of our core strength as a leading roaster and retailer of coffee and tea, but also a strong indicator of our customers’ deep-rooted brand loyalty that exists across the globe.”

Based in Los Angeles, the chain operates more than 311 U.S. stores, primarily in Southern California, prima and more than 1,200 locations across 30 countries.

According to a recent poll from Siena College Research Institute, 62% of New Yorkers consume coffee on a daily basis, while 60% of those coffee drinkers have more than one cup per day.