Snack company thinks it’s a swami: Maybe you should call their bluff

Snack company thinks it’s a swami: Maybe you should call their bluff 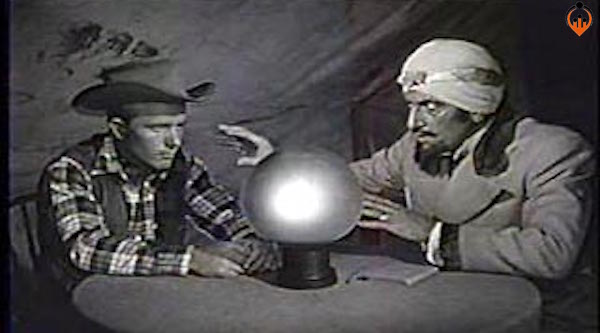 Steve’s breakdown: Here’s the line from Mondelez about their new SnackFutures program. “Discovering and unleashing innovative ideas to lead the future of snacking.” How many moron-hours of consults did that giant heap of steaming manure cost?

I think you know what to do.

DEERFIELD, Ill: The US-based owner of Cadbury Chocolate and Oreo biscuits will start its SnackFutures program in November, led by Tim Cofer, the company’s chief growth officer. Mondelez International is launching a business unit to try to  capitalize on changing consumer trends in the global snacking market.

SnackFutures will focus on three areas: the “invention of new brands and businesses in key strategic areas”; the “reinvention of small-scale Mondelez brands with large-scale potential”; and “venturing with start-up entrepreneurs to seed new businesses”.

Nasdaq-listed Mondelez hopes the operation will generate an additional US$100m in revenue by 2022, the Illinois-based firm said in a statement today (30 October). The company posted net revenues of around $26bn last year.

In September, chief executive Dirk Van de Put outlined a strategy to hone in on the global snacking category, a market he sees as worth $1.2tn annually. As part of his so-called “go-forward strategic” outlook, the CEO said at the time he was seeking to increase the proportion of the US group’s annual sales that come from snacks, which presently stands at 85%.

The new unit head Cofer said today: “Discovering and unleashing innovative ideas in snacking that will delight consumers and drive growth is a key element of our new strategy. We are launching SnackFutures, a new forward-thinking innovation hub, to capitalise on new trends, and mobilise entrepreneurial talent and technologies to build and grow small brands with large-scale potential.”

The announcement came as Mondelez reported its financial results for the third quarter to the end of September, as well as the first nine months of the year.

Third-quarter net revenues fell 3.7% to $6.29bn amid a near-15% slump in sales in Latin America and declines across its three other geographical divisions – Europe, North America and the combined Asia, Middle East and Africa.

Howard said: “Overall we find the gross margin trends encouraging: While other U.S.-centric food companies are struggling with input cost pressures, Mondelez seems to be bucking the trend. We wonder whether this could be the beginning of a sustained period of easing cocoa input costs, since the company mentioned that hedges rolling off were helping out last quarter as well. This would also have a positive read-through for Hershey as we head into 2019.

“Now if they could just get the top line cranking as well, with more granular incentives, more normal weather in Europe, less impact from the cyber attack, greater leverage of the US DSD system and continued progress in emerging markets like India and China.