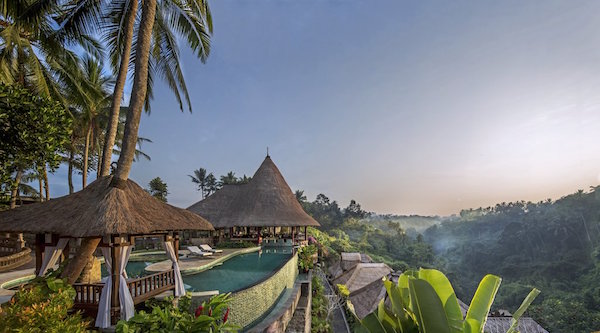 Steve’s breakdown: InterContinental is at it again with developing a new hotel brand. This time in the luxury space so if that’s your bag, now’s the time to get involved.

Check out this interview with the company’s CEO on CNBC on October 18th.

ATLANTA, GA: InterContinental Hotels Group wants to develop a soft brand as well as a new offering in the luxury space as part of an attempt to grab a larger slice of the hotel market.

The plans follow the unveiling of the company’s new midscale brand Avid Hotels in September. In its third-quarter earnings update, IHG said the new offering had already received more than 50 applications in the first four weeks of franchise sales.

With the launch of Avid out of the way, the company’s chief financial officer, Paul Edgecliff-Johnson, said during a call with analysts that the focus would now turn to working on two new brand propositions.

The Skift Daily newsletter puts you ahead of everyone about the future of travel, subscribe.

The soft brand collection space – which lets hotel owners retain some independence while being able to utilize things like a chain’s reservation system – is an area IHG’s competitors have been keen to occupy in recent years.

Edgecliffe-Johnson also believes there is room for a luxury brand positioned above InterContinental Hotels & Resorts.

“Something in the…collection space and something the luxury space are two logical next steps for us,” he said.

Edgecliffe-Johnson would not say whether IHG had shown an interest in licensing the luxury Orient Express brand, which was snapped up earlier this month by acquisition-hungry AccorHotels.

“A lot of owners would like to do more with us, but if they’ve already got an InterContinental in the market, then it’s difficult for us to give them another offering with the current number of brands we’ve got,” he said. “So we think there’s more business that we could do if we had something else in that segment.”

Europe and China were the star performers in IHG’s third quarter, helping to offset weaker growth in the U.S.

In Europe, revenue per available room, a key hotel industry metric, was up 7.1 percent during the quarter with IHG reporting a bounceback in markets that had previously been affected by terrorism including France, Belgium, and Turkey.

In Greater China, per-room revenue increased by 7.8 percent. IHG put this down to “weak comparables driven by one-off events in tier 2-3 cities in the quarter last year.”

In the U.S., RevPAR only rose by 0.4 percent in the quarter, with hurricanes Harvey and Irma having a mixed impact on the company. Group cancellations hurt the managed side of the business, but those with franchises benefitted from “displacement activity together with the relief and reconstruction efforts.”